Father gets 25 years for killing baby despite mother's plea: 'He still has other kids to raise'

Balch Springs, TX - The baby wouldn't stop crying.  Javeon Dalcour-Zuber said he just wanted his infant son and his other children to go to sleep. So he yanked a blanket out from under 2-month-old Jayceon, flinging his tiny body into the wall.

He claimed he didn't know his own strength — or that smothering the child to stop the crying could kill him.

Dalcour-Zuber, 25, was convicted last week of injury to a child, a first-degree felony, and was sentenced this week to 25 years in prison for his infant son's 2015 death.

Little Jayceon was unresponsive when officers arrived at the family's Balch Springs home in December 2015. Dalcour-Zuber said the infant had stopped breathing.

Jayceon was taken to the hospital, where he was later taken off life support. He suffered a skull fracture.

Countless family members, including the baby's mother, testified on Dalcour-Zuber's behalf. They said he was a good father. They said he needed help, maybe parenting classes.

They said he was depressed and sometimes cut his own arms. 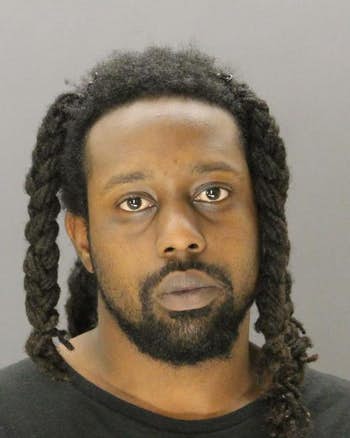 They called the baby's death an accident.

But prosecutors said Dalcour-Zuber routinely abused the baby. There were older injuries on Jayceon's body, including a healing scab on his scalp and previously broken ribs.

The baby's mother, Jamecia Taylor, told the Dallas County jurors who convicted her partner that she wanted him to come home.

"He still has other kids to raise," Taylor said.

The couple had another baby after Jayceon's death while Dalcour-Zuber was free on bond.

Taylor said she would still want her children's father around, even though social workers told her she couldn't allow him around the children.

"When you love someone, you always believe the best about them.," Wilkins said. "You're also at a place in your life when you're sort of in shock and not processing the reality of what's happening to you as well."

April has been designated nationally as Child Abuse Prevention Month. Wilkins said such crimes are often difficult to track because they aren't measured until the situation gets bad enough for the authorities to be called.

This year, the number of abused children receiving care in Texas has increased, he said.

In fiscal 2017, more than 63,000 were confirmed to have been abused or neglected, according to data from the Texas Department of Family and Protective Services. There were 172 fatalities caused by abuse and neglect during that time.

Children younger than 3 accounted for nearly 80 percent of all confirmed child abuse and neglect fatalities over the past five years in Texas, according to data from the family and protective services agency.

Abuse-related deaths were typically caused by blunt force trauma by a father, such as in Jayceon's death, the data show.

Wilkins said childhood abuse can have a lifelong impact.

"It robs the community of the potential that that person had," he said. "You're talking about something that destroys families."

Prosecutor Stephanie Martin pointed to who Jayceon could have become if he hadn't been killed.

Martin argued that Dalcour-Zuber should have been sentenced to life in prison. She said the father hasn't shown any remorse for his son's death, nor has he changed his behavior.

In a jailhouse phone call about the son born after Jayceon's death, Dalcour-Zuber talked about disciplining.

"He still thinks it's OK to pull the belt out for a 16-month-old baby," Martin said. "Two years after killing his second son, he's talking about taking a belt out to the third."