Balch Springs, TX - At 22 years old, Andre Mills has had a successful prep basketball career, written a book and runs his own business. He is now ready to take the next big step in his life - running for public office.

A 2014 Waxahachie High School graduate, Mills’ life has taken him in several different directions. In high school, he was an all-everything basketball player that received a scholarship to Bishop Dunne Catholic School in Dallas. When those plans didn’t pan out, he wrote an Amazon bestseller and started his own self-help business that taps other people’s potential as much as his own.

Now he’s planning to file a bid to become the next mayor of Balch Springs. If he wins, he will be one of the youngest mayors in the country.

‘YOU’LL NEVER BE ANYTHING IN LIFE’

When Mills was in second grade, he was in speech therapy, content mastery and was placed under the special education umbrella from second to sixth grade. Mills remembered it as a difficult time in his life. 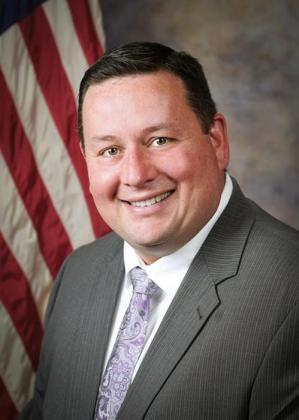 “It was a confusing time for me,” Mills recalled. “When you hear at a young age that you’re dumb or an idiot, or you’ll never be anything in life, I personally fell into this trap of actually believing what other people told me.”

Mills said he heard negativity all around him throughout his education – from his classmates to even his teachers.

“I’ll never forget it,” he expressed. “I was in second grade, and I wanted to audition for the gifted and talented class. I didn’t make it. The teacher said I wasn’t gifted enough. I’ll never forget those words.”

Later on, Mills picked up a basketball for the first time. He explained that his first experiences with it were less than stellar.

“Just like with my academics, I was terrible with basketball,” he chuckled. “I have so many stories of getting booed in crowds, coaches wanting to kick me off of the team, and players not wanting to play with me just due to my lack of athletic ability.”

Several hours in the gym and many years of practicing later, Mills was ranked as the 20th best player in Texas and 100th in the country by scoutfocus.com.

Mills said his path seemed clear by that point.

“Crazy as it is, you think at that age everything is set, especially as an athlete,” he explained. “You’re going to go to college, possibly even the pros being an all-american athlete. I thought it was all mapped out for me.”

In his senior year of high school, Mills received about six fractures in both of his legs. He said he was devastated when he found out the reason why.

“I was diagnosed with the dreaded black Lyme, which is one of the rarest injuries you can get in sports medicine,” he explained. “At 18, I fell into a deep depression because I was told I could never play basketball again.”

“I was lost,” he explained. “Confused. I didn’t know my purpose in life. I was ultimately just scared as far as what’s next. What am I going to do with my life?”

“I really just wanted to feel good again,” he explained. “I wanted to be happy again. I wanted to feel loved and accepted and wanted. I felt like life had left my body and my spirit, and I was searching for that life I once had being a basketball player.”

He later ran into somebody that told him exactly what he needed to hear – that his life had worth, with or without basketball.

“He was the first human being to ever tell me that I was smart,” he said. “That I could do something with my life. That I was a genius that could create really great things.”

He eventually wrote his first book, “Ball Is Not Life,” which became a bestseller on Amazon.com. His publisher encouraged him to go into public speaking after the novel’s publishing.

“I could barely speak in second grade,” he chuckled. “The irony is now I get paid to speak.”

Mills traveled all across the country to speak to different middle schools and high schools, had interviews with several major networks and moved to Florida and started studying meditation, Buddhism and other spiritual practices that helped him master results.

At 19 going on 20, he made a move back to Texas and founded Purpose Strategics, a curriculum-based program that helps respondents in improving their outlook on life.

“We create training, seminars and workshops that are designed to maximize quality of wealth, health, relationships and business,” Mills explained. “We work with youth and we work with adults. We’ve been able to partner with universities, partner with federal agencies, law enforcement agencies, working with second chance students and really transforming their psychology, and ultimately transform their physiology so they can create new results for their life.”

‘I WANT TO BE A PART OF BALCH SPRINGS’

In August, Mills did a four-day training seminar with students at the University of North Texas to help them with their personal improvement. The results of that seminar shocked even him.

“We were able to get over a dozen college students and adults off of anxiety and antidepressant medication,” Mills explained. “We were able to help over 30 confirmed students that attended not only discover their purpose in life, but we were also able to maximize 10 business owners ROI income by over 30 to 300 percent in just four months.”

Mills said Balch Springs city leaders noticed his performance and approached him with the idea of going into public service.

“They were blowing people’s lives through the roof,” he recalled. “I mean, people were creating a crazy amount of results. When they saw those results, they felt that if I can do that in a seminar or a training, then I can do the same thing in a community.”

Howard Junior High security guard Pamaloyn Butler said she’d known Mills for several years, ever since she met him in the cafeteria when he was at Waxahachie Junior High. She said his intention to file a bid for mayor didn’t surprise her one bit.

Mills said he sees his campaign as an opportunity to create change in America – to show that anything is possible, especially for those who have gone through similar experiences as Mills did.

“This shows that all people of all ages, or all races, that really anything is possible,” he explained. “There is a way to become free and not feel like you’re trapped in this shell.”

The incumbent, Steven Gorwood, is set to have his term expire in 2019. He and anyone else running for mayor will have until January to file. The mayoral election will be held in May next year.