Grand Prairie, TX - To punish her 5-year-old stepdaughter for yelling, a Grand Prairie woman is accused of pouring rubbing alcohol on the child’s face and using a lighter to set it on fire, police said Friday.

Both of the girl’s cheeks were burned to just below her jawline and she suffered small burns on a shoulder, Grand Prairie police said. 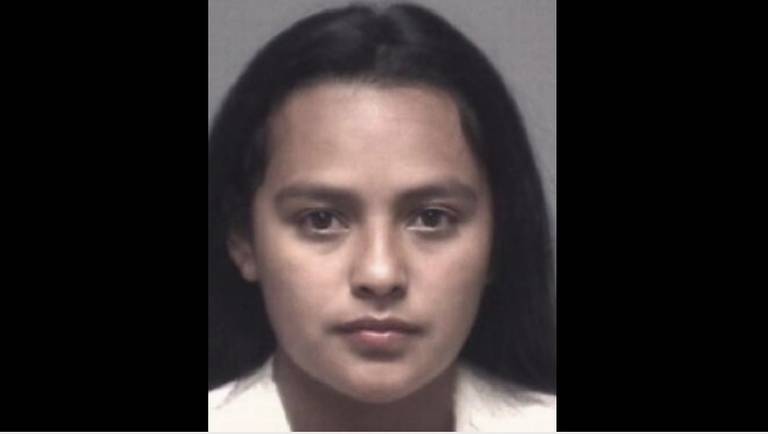 Dalia Jimenez, 20, initially told police the child was burned in an accident while lighting a candle.

A detective said that later, after he spent about an hour expressing skepticism of her dubious explanation, Jimenez said she intentionally burned her stepdaughter.

Jimenez was charged with felony injury to a child, police said. She was arrested Wednesday and released from jail on bond Thursday night.

The child’s father was not at home at the time and accepted his wife’s candle explanation at face value, the detective, Greg Parker, said.

Officials with the Texas Department of Family and Protective Services removed the child, whose name police did not release, and a younger sibling the night of May 13, when police learned of the burns.

DFPS employees evaluated an incident in 2018 in which the same girl suffered a broken arm. Grand Prairie police said there had been no evidence that a crime occurred in that case.

Jimenez could not be reached for comment on Friday.

Police responded to a report from a concerned person at the apartment complex where the child lives. Jimenez told an officer the girl had suffered the burns two days earlier, on May 11. She had not sought medical treatment. The girl was playing and said her face “hurt just a little bit,” Parker said.

Paramedics evaluated the girl and determined she did not require immediate treatment. She was treated on a day in the next week at Parkland Memorial Hospital’s burn center in Dallas.

The girl who suffered burns told a forensic interviewer that her stepmother had hit her with a belt at other times, Parker said.