WILMER, Texas — Four people were killed in a wrong-way crash on Interstate 45 southeast of Dallas on Sunday night, police said.  Police on Monday morning were still investigating what led to the crash, which happened around 11:45 p.m. on I-45 in Wilmer.

Wilmer police officials said they got a call from Ferris police at 11:43 p.m. about a wrong-way crash on I-45, just south of Mars Road. A driver was reportedly going north in the southbound lanes and struck another vehicle head-on.

Wilmer police got to the scene a few minutes later.

Police said there was a woman and two juveniles in the wrong-way vehicle, and all three had died at the scene. A man driving the other vehicle was also killed.

The man's vehicle also had two juveniles, who were taken to a hospital, police said. The juveniles were expected to recover.

Monday morning, Palestine Independent School District said in a Facebook post that Michael Coyne, a 28-year-old teacher, and coach at Palestine Junior High, was the man who died in the crash. The district said Coyne along with his two juvenile passengers -- two students in Palestine ISD -- were returning from the Dallas Mavericks vs. Golden State game on Sunday when they were struck by the other vehicle.

Palestine ISD said the two juveniles in Coyne's vehicle were taken to a local hospital with non-life-threatening injuries. However, the district's athletic director told WFAA that the students, a 7th grader, and a 9th grader, were in the ICU.

"We extend our condolences to Coach Coyne's family, friends, and students," the Facebook post by Palestine ISD read.

The district told WFAA Coyne had been with the district for three years -- coaching primarily track, volleyball and basketball. The district also said Coyne's wife Bethany is an athletic trainer for the district and helps out in sports at all levels.

A parent of the 7th grader had gifted Dallas Mavericks/Golden State Warriors playoff tickets to the child as a way to comfort him due to a recent and sudden death in the family, the district athletic director said. Both he and the 9th grader in Coyne's car are cousins.

The parent asked Coyne to take the two students to Sunday night's game at the American Airlines Center in Dallas.

“Coach Coyne always stepping up, going above and beyond, gladly agreed to take those kids to that game,” Palestine ISD spokeswoman Larissa Loveless said.

Loveless said Coyne was also a speech and communications teacher for Palestine ISD.

“Working with those junior high kids and helping them build their confidence and learn to speak and present themselves is quite the challenge, and he did a great job with that,” Loveless said.

The names, excluding Coyne, and the ages of the victims have not been released.

Two other vehicles were "clipped" in the crash, according to the Texas Department of Public Safety, but no other injuries were reported.

DPS said its department is working to determine if alcohol was a contributing factor to the crash. DPS said the investigation is ongoing.

Pastor Tony Watson, the leader of First Baptist Church of Palestine, told WFAA Monday night that Coyne was a beloved coach in the community.

He was a massive Golden State Warriors fan, including the two students who attended the game with him.

Watson is doing Coyne's eulogy for his funeral.

"This is a young man who was in the prime of his life," Watson said. "Everybody loved Coach Coyne and his legacy will always be there."

"Michael was a competitor by nature, and when he put himself into something--he put his whole self into it."

Watson told WFAA that his infant daughter Amelia Mae just turned 1 and that the family was part of a dedication ceremony recently at the church.

"I've watched him grow as a man, as a believer, and as a husband," Watson said. "It's been an absolute joy to watch that growth take place. I only knew him for four and a half years--but I can tell you that things were going as well in his life as they ever have."

Coyne was beloved per the district.

He was coming back from the @dallasmavs game with two students when the crash happened. Both cousins.

One a 7th grader—the other a 9th grader. They’re currently in the ICU at a Dallas hospital per the district’s athletic director. 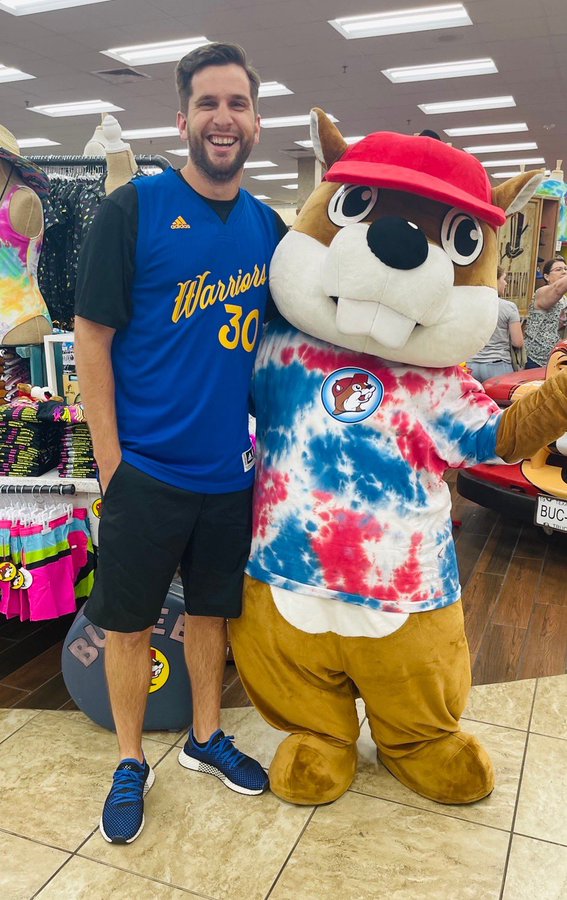