The more than 1.4 million square-foot distribution center is located on the west side of Interstate 45 at Mars Road will house about 500 workers.

It’s the biggest industrial building under construction in North Texas.

The project was built by Panattoni Development Co. in partnership with California State Teachers Retirement System.

Terry Darrow of commercial real estate firm JLL made the lease – one of the largest such deals made in North Texas in recent years.

Procter & Gamble spokesman Jeff LeRoy said that almost all of the workers will be employed by two companies that will operate the facility. “Both are now hiring,” LeRoy said.

“DB Schenker will run the warehouse operations,” he said. “Quality Associates is the company hiring for packagers and assemblers.”

The entire operation should be up and running by December, according to P&G. 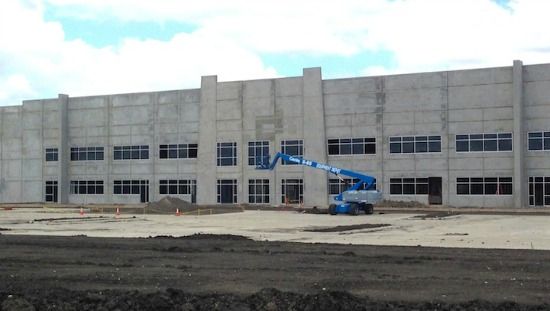 The more than 1.5 million square-foot Procter & Gamble warehouse is on I-45 and Mars Road.