Interstate 45 Shut Down, Pigs on Road After Semi Crash in Wilmer

Wilmer, TX -  Authorities had to round up dozens of pigs after a semi crash that shut down Interstate 45 for several hours south of Dallas on Thursday.

Both directions of I-45 were closed between Pleasant Run Road and Belt Line Road in Wilmer at about 6:45 a.m. 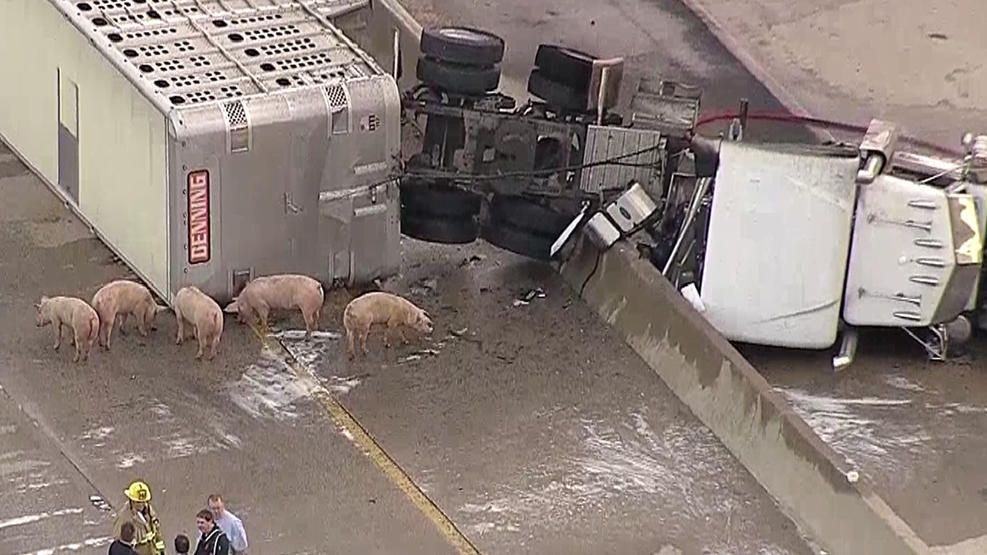 The truck was transporting about 195 pigs southbound when it crashed and flipped onto its side, spilling pigs onto the highway, said Lt. Eric Pon, Wilmer police.

Law enforcement officials spent the next several hours rounding up dozens of pigs. One group of pigs wandered about a half-mile away from the scene of the crash before being ushered back by police.

"The biggest challenge was corralling the pigs, keeping them from oncoming traffic and getting run over," said Pon.

The driver of the 18-wheeler was not hurt. It's unclear whether any pigs were injured.

Firefighters sprayed water on the pigs to help keep them cool in the sweltering Texas heat.

The cause of the crash remains under investigation.