Oak Cliff - Dallas police sprang into action early Christmas morning after a woman reported that her two children had been kidnapped and her car stolen at a gas station in Buckner Terrace.

The children were in a white Chevrolet Malibu stolen from the Raceway in the 8100 block of East R.L. Thornton Freeway, at Jim Miller Road, just after 1:30 a.m. Monday, their mother told authorities. 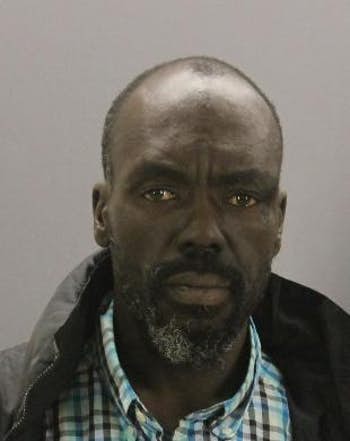 Police in the department's helicopter located the car a short while later in the 1300 block of East Clarendon Drive, near Betterton Circle in east Oak Cliff, and officers on the ground found the children unharmed inside.

He was booked into the Dallas County Jail on two counts of kidnapping, one count of evading arrest and one count of unauthorized use of a motor vehicle. He remained in jail Wednesday, with bail set at $200,000.

Johnson has a long criminal record in Dallas County, including convictions for robbery, evading arrest and driving while intoxicated.