Oak Cliff - Three firefighters were hurt fighting a fire that raced through a vacant home in southeast Oak Cliff.  The fire started around 1 a.m. Monday in the 6100 block of Flagstaff Street, which is near Bonnie View and Simpson Stuart roads.

Dallas firefighters were slowed down by burglar bars on the one-story house. It was completely destroyed.

The three firefighters who were hurt suffered minor steam burns. They were taken to the hospital for treatment and later released.

The cause of the fire is still under investigation. 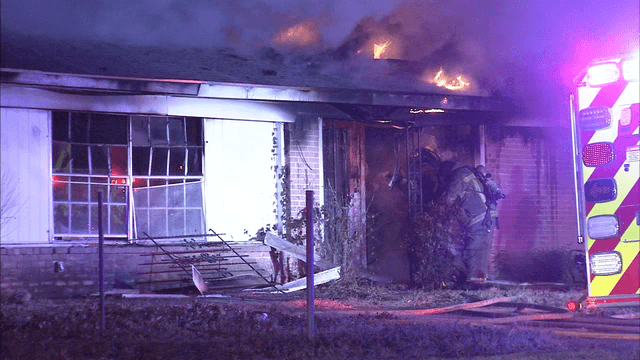