Not only was it the school’s first debate tournament – but the team did so well in its inaugural UIL competition that they qualified for the state UIL debate tournament that will be held March 16-17 in Austin at The University of Texas at Austin. 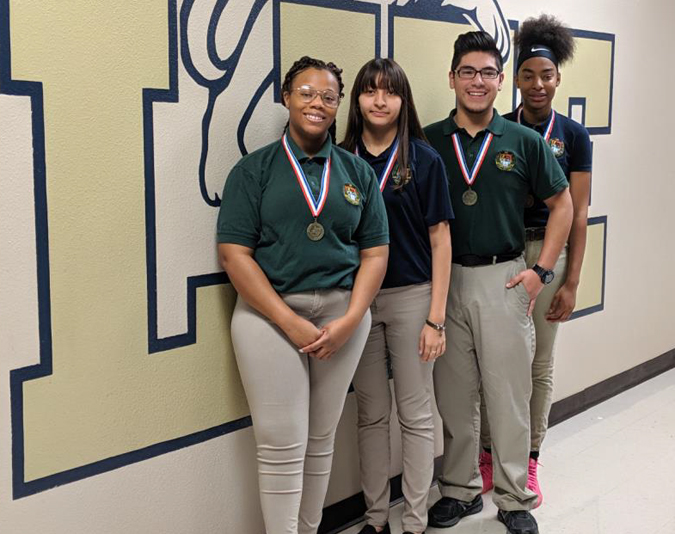 “The district tournament was the first competition we have ever competed in,” said Alissa Russell, mathematics department head and debate team sponsor at Life High School Oak Cliff. “We really went to learn the ropes and be better prepared for next year. I am excited for our team and the final results. We are looking forward to the state competition.”

“UIL debate competition motivates students and provides them with practical application for the skills they are developing,” said Jana Riggins, UIL State Debate Director. “This year’s debate topic prompted students to research and form their own thoughts and opinions on the

real-world issue our government is challenged with: Resolved: The United States federal government should substantially reduce Direct Commercial Sales and/or Foreign Military Sales of arms from the United States.”

Students who advance to the debate elimination rounds in the state competition qualify for Texas Interscholastic League Foundation (TILF) scholarships. Since its inception in 1959, the TILF has provided more than $32 million to more than 20,000 students. Amounts of scholarships range from $500 for one year to $20,000 over four years. This year TILF will disperse more than