'It is an attack on our community': Vandals target another rec center in Oak Cliff, police say

Dallas, TX - The doors at John C. Phelps Recreation Center are covered with plywood. Several windows around the building are also boarded, after burglars targeted and vandalized the facility.

Dallas Park & Recreation workers discovered the vandalism on Friday. Phelps Recreation Center is the latest public facility at a local park to be vandalized this week.

Burglars ransacked two park recreation centers, a senior center, a library, a school and a tennis facility over a period of four days.

"Whoever is doing this, it is an attack on our community,” said District 4 City Council member Carolyn King Arnold. 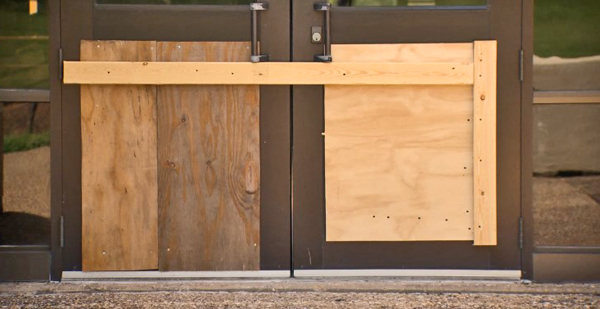 The burglars forced their way into Kiest Park rec center and senior activity center. They smashed dozens of windows, damaged computers, ransacked rooms, and destroyed vending machines among other vandalism.

Jimmie Tyler Brashear Elementary School and Hampton-Illinois Library were also burglarized during the wave of nearby crimes in that area.

"It doesn’t even look like they are taking anything of great value. They’re just damaging the property,” explained Harrison Blair, District 4 park board member.

Sources told WFAA a video from one of the burglaries shows a group of three to four young men ransacking a building. The images have been turned over to the Dallas Police Department.

Dallas recreation centers are temporarily closed to the public, right now. However, the impact from the vandalism could be dramatic. Money that could be used toward programming for youth, seniors and families may now have to be set aside for repairs.

The City is focusing on security and the patterns of attacks at the parks, for now, while urging neighbors to be alert.

“If you know anything, and you can help us figure out who is damaging these properties, please let us know,” Blair said.