DALLAS, TX—There's no more sure sign that life is returning to something like normal than sitting indoors with a room full of strangers.  Accordingly, the Oak Cliff Film Festival is returning for its 10th year at a variety of venues across town.

The fest runs June 24-27, and will screen films at Bishop Arts Theatre Center, the Texas Theatre, the Kessler Theater and elsewhere.

On the schedule, you'll find nearly two dozen feature-length offerings, with more than half of those making their Texas debut. A slate of film shorts is available as well.

Beat the heat in a movie seat. The 10th annual Oak Cliff Film Festival is back with a series of screenings and COVID-19 prevention measures.

Sign up to support local journalism and you may receive coupons valued at up to $100 or more every month for use at local Dallas, TX businesses.

In addition, the fest will host a constellation of ancillary events, including filmmaking workshops (live streamed), the obligatory opening night and closing night mix-and-mingle parties, and live music offerings. On tap this year: Mexican Summer's Hayden Pedigo and Austin's Montopolis.

One of the most anticipated draws is the opener, Summer of Soul (…Or, When the Revolution Could Not Be Televised). The music doc is comprised primarily of footage unseen for a half century, and is directed by Roots drummer Ahmir "Questlove" Thompson. It was filmed in Harlem in 1969 — mere weeks away from the legendary Woodstock festival. It features period performances from many of the day's biggest Black artists, including Stevie Wonder, Sly and the Family Stone and Gladys Knight and the Pips. 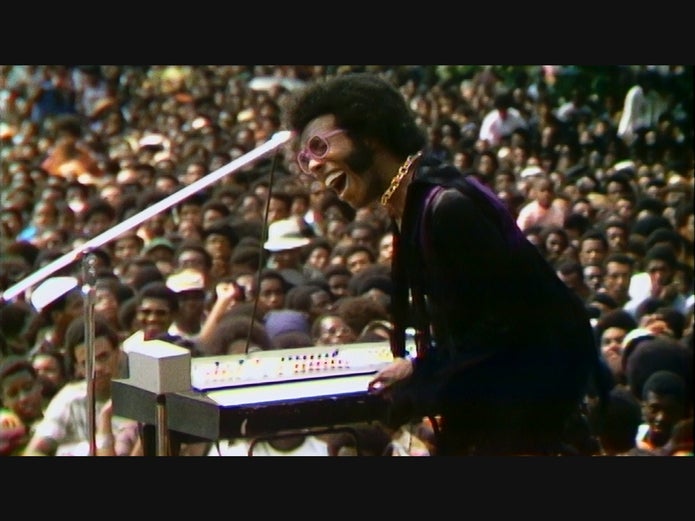 Woodstock was weeks away, and one of the breakout acts there also thrilled a Harlem crowd, as seen in "Summer of Soul," one of the movies headlining this year's Oak Cliff Film Festival. (Image Credit: Courtesy of Mass Distraction Media)

The screening includes a live forum with the movie's producers hosted by Grammy winner hosted Shaun Martin and will be followed by an on site set of soul from DJ Jay Clipp.

Fest organizers dug deep this year to provide variety. Among the other offerings: Kid Candidate, a doc that tracks a local Texas election and a free screening of former Talking Head David Byrne's Texas-set True Stories to celebrate its 35th anniversary. There will also be a drive-in screening of The Return of Draw Egan a 1916 Western that features a newascore performed live by Austin's Montoplis and featuring the music of composer Ennio Morricone.

Also on the bill: Oscar nominee Riz Ahmed in Mogul Mowgli, and a look at Out of the Blue, long considered a lost "classic punk" film by Dennis Hopper, now restored using 4K technology.

Individual indoor screenings tickets are $11.50 each, and a festival pass also includes one drive-in screening and one free outdoor screening for $20 per carload. VIP badges run $175, and provide access to every screening, event and music show, plus admission to the Filmmakers' Lounge.

Presenters this year say they are working with Methodist Hospital in creating safety protocols "to ensure a healthy, safe environment for all of our volunteers, filmmakers and guests." Those guidelines can be found here.

"The greatest connection we have to one another is our ability to share and experience stories," say the organizers. "It is the honor of the Oak Cliff Film Festival to be able to bring us all back together in a way that will be safe, comfortable and conscientious."