Veganism is a type of vegetarian diet that excludes meat, eggs, dairy products and all other animal-derived ingredients. Many vegans also do not eat foods that are processed using animal products, such as refined white sugar and some wines.

Vegan refers to either a person who follows this way of eating or to the diet itself. That is, the word vegan can be an adjective used to describe a food item, as in, "This curry is vegan", or, it can be used as a noun, as in, "Vegans like cookies, too." 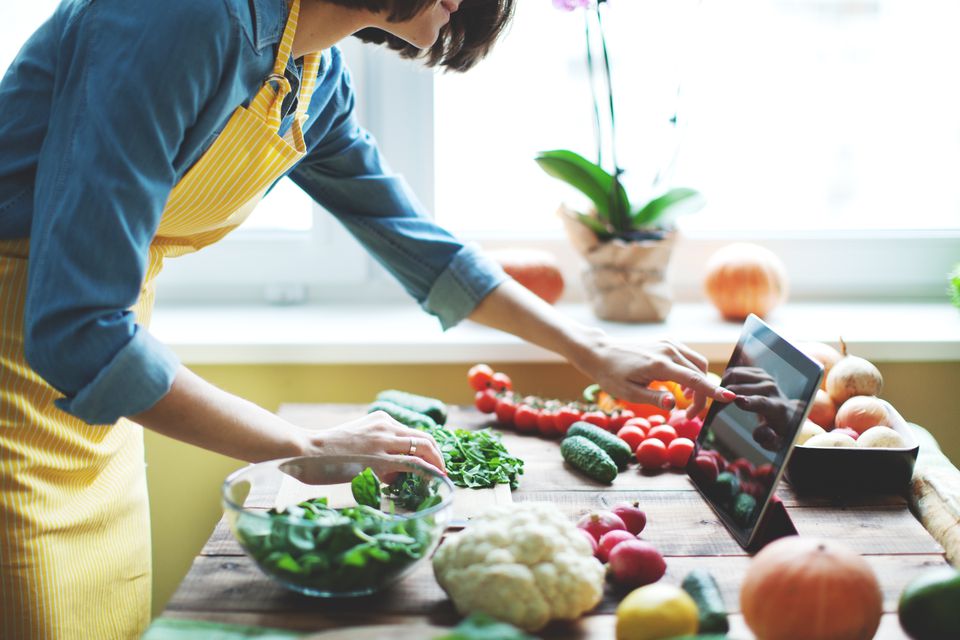 Although there is some debate as to whether certain foods, such as honey, fit into a vegan diet, if you are cooking for other vegans, it is best to err on the side of caution and avoid these foods. Most vegans extend the definition of veganism to go beyond just food and will also avoid the use of all personal and household products tested on animals, and avoid purchasing and using all animal-derived, non-food products, such as leather, fur, and wool. There is some debate as to whether second-hand animal products, such as a leather jacket from a thrift store, can be included in a cruelty-free vegan lifestyle or not.

What Do Vegans Eat?

This is perhaps the most common question about veganism. A vegan diet includes all grains, beans, legumes, vegetables and fruits, and the nearly infinite number of foods made by combining them.

In addition, many vegan versions of familiar foods are available, so you can eat vegan hot dogs, ice cream, cheese, non-dairy yogurt and vegan mayonnaise along with the more familiar veggie burgers and other meat substitute products. Many foods are associated with veganism, such as soy milk, non-dairy milk substitutes, and tofu, but many non-vegans also enjoy tofu. You certainly don't have to like tofu in order to eat vegan.

Vegans also eat many of the same common and familiar everyday foods that everyone else does, such as a green salad, spaghetti, peanut butter sandwiches, and chips and salsa. For example, foods such as a vegetarian burrito without cheese or sour cream would be vegan. A vegetarian Thai curry made from coconut milk is vegan. Pasta with tomato sauce or another non-meat and non-dairy sauce is vegan. Most bread is vegan as well.

How Can I Become Vegan?

Some people easily go from eating meat to vegan right away, while others struggle with their new commitment, or choose to go vegetarian first and then slowly omit eggs and dairy. There's no right or wrong way to do it, but you may want to learn about what's worked for other people. However you do it, keep your goals in mind and remember why you are choosing to adopt a vegan diet.