DeSoto, TX - A vegan diet turned James McGee’s life around, and he hopes to pass on the plant-based love to his DeSoto community through Peace Love & Eatz, his smoothie and juice restaurant located inside the Grow DeSoto Market Place on Belt Line Road.

McGee, 27, is a married father of three young girls, with a thriving business and a home with a backyard garden. He’s more than 100 pounds lighter than he was three years ago and completely off the 22 medications he was taking daily to manage his previous liver and kidney issues that came from years of heavy drinking, he says.

Several years ago, his doctor told him then that he probably wouldn’t live another year. That’s about the same time his now 4-year-old daughter Captain (“She’s in charge,” he says) was diagnosed with eczema, psoriasis and multiple food allergies.

After James and his wife Morgan found out about the allergies, “we went home and got rid of everything,” he says. “We didn’t want her doing it by herself.” 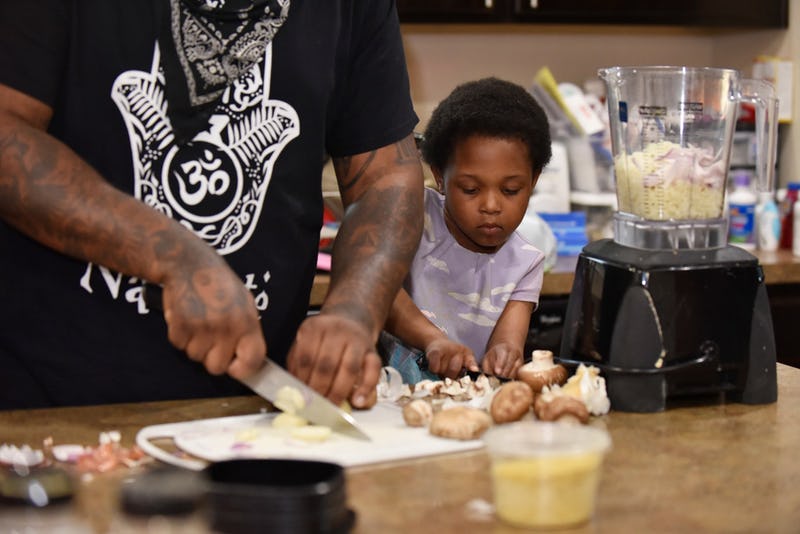 Peace Love & Eatz offers vegan smoothies, smoothie bowls, juices and even mushroom burgers, jackfruit tacos and grain bowls. Everything is plant-based and can be made allergy-friendly. McGee uses a lot of jackfruit, hemp, and tons of veggies and fruits. His most popular item is the Tropical Dragon, made with pitaya, mango, pineapple, coconut water and mango juice.

“We have an alternative for everything. Instead of cashew sauce, I can make a hemp sauce, or a nut-free hemp granola,” he says. “I just found out that some people are allergic to avocados, so I’m trying to figure out what to replace that with.” 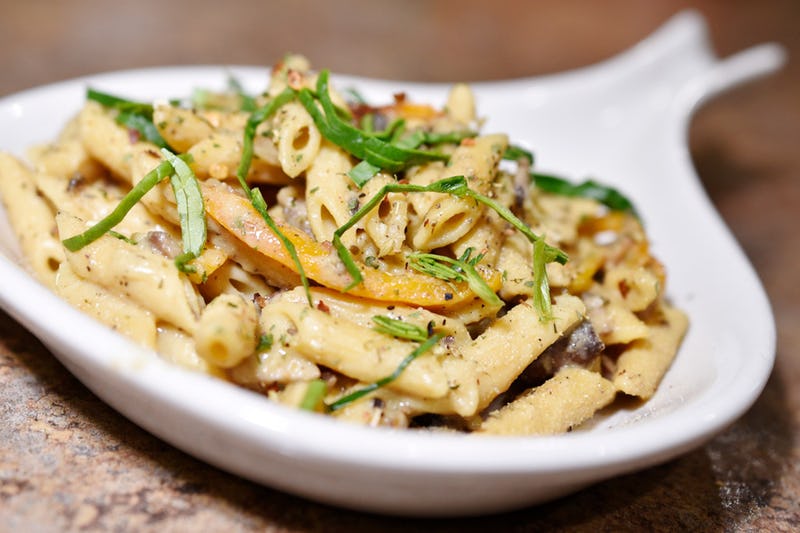 James McGee, owner of Peace Love Eats, a vegan restaurant in DeSoto, cooked a vegan pasta with the help of his family.

Most of McGee’s customers are not vegan, but many are interested in pursuing a healthier lifestyle.

“They are looking at their own health issues and trying to take that first step,” he says. The main questions he gets from customers are: What’s a vegan? How do we get our protein? How can we cook a full meal without meat? And lastly, how can we be black and vegan?

“In the black community there’s a lot of diabetes,” he says. “So a lot of people are starting to look at it, like, now I’ve got to do something. It’s sad that we are more reactive than proactive, but that comes from a long time of learning the wrong things. I want to be able to teach people about it at the same time.

“It’s one thing if I go up north [to the northern suburbs], people understand this stuff,” he adds, “but here I’ve got a bridge to do." For those unfamiliar with plant-based eating, he’ll start them out with jackfruit sandwiches and fruit smoothies.

McGee and his family live in DeSoto and cook at home almost always — roasted veggies, curries with chickpeas and coconut, chilis, and lots of street tacos with black beans, jackfruit and avocado. They grow a lot of their own food — broccoli, potatoes, squash, kale — in the backyard garden. McGee recycles pulp from the juice at his shop into compost for his home garden. They even bake, with gluten-free treats for Captain that are made with chickpea flour and flax seeds. 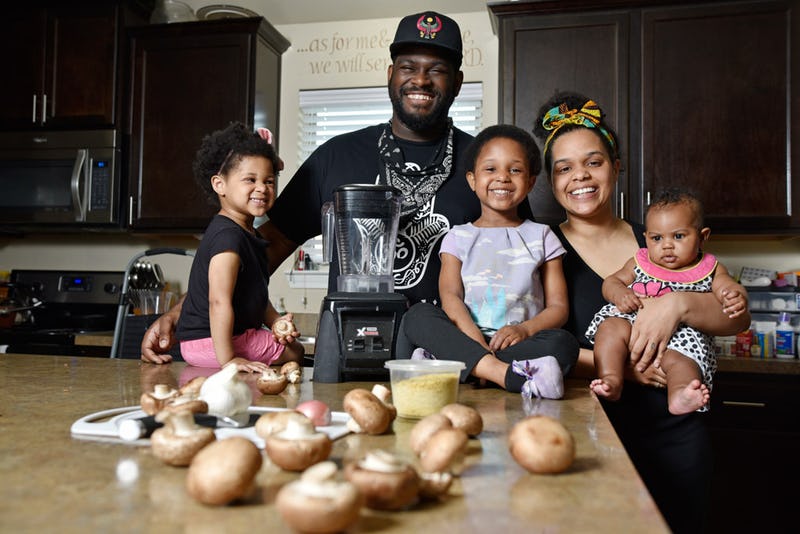 But with his restaurant, McGee offers more than just physical nurturing. He hopes to help heal the community as well.

McGee grew up in Cedar Hill and DeSoto and says he really didn’t get his life together until he had kids. He belonged to a gang in high school and drank too much when he was in the military as an adult. “My liver got damaged,” he says, and he was overweight. “Now I don’t take any medication. Your body will heal itself if you take care of it.”

He’s currently in contact with DeSoto ISD’s alternative education program (AEP) to develop a pathway that will give kids job experience and something positive to work toward, possibly with Peace Love & Eatz or with other entrepreneurs at the Grow DeSoto center. “I want to show them that someone cares,” he says. He believes he can offer an alternative to a school environment he says can treat treats kids like criminals.

“I was in AEP a lot when I was a kid,” he says. “They used to call us the throwaway kids.”

Now McGee sees former teachers at his new business, and “they get to see a whole new James.”

He wants to teach entrepreneurial skills and offer classes on how to run a business, balance books, do taxes. Life skills.

“Because when they’re 27, they’re still going to be in DeSoto,” he adds. “And if they’re in DeSoto, they’re robbing people or breaking into cars, and it doesn’t do anything good for the community. So we want to mold them. Show them that they’ll be alright.”