Red Oak, TX - A recent grant awarded to the Red Oak Police Department will make it easier for law enforcement to track down criminals.  Monday the Red Oak City Council approved the terms and conditions of a grant of up to $20,000 from the Motor Vehicle Crime Prevention Authority,

a division of the state of Texas, for the purchase of Flock Safety license plate reader cameras.

Police Chief Garland Wolf said the city is expected to receive five of the devices, which can be mounted on poles at various intersections throughout the city.

Wolf said if a camera captures an image of a license plate belonging to a vehicle the police department is looking for, the department will receive an alert that includes a description of the car and the location the image was scanned.

Sgt. Cody McKinney said after the meeting the cameras can also be used locate a suspect who has outstanding warrants. But he said the cameras won’t be used to catch moving violations, such as running red lights. Images will be stored for a certain number of days and then removed, McKinney said.

McKinney, who led the charge in securing the grant for the city, said if the cameras capture a vehicle suspected of a crime locally the image can be uploaded into the database for other cities that subscribed to Flock Safety to help locate it as well. 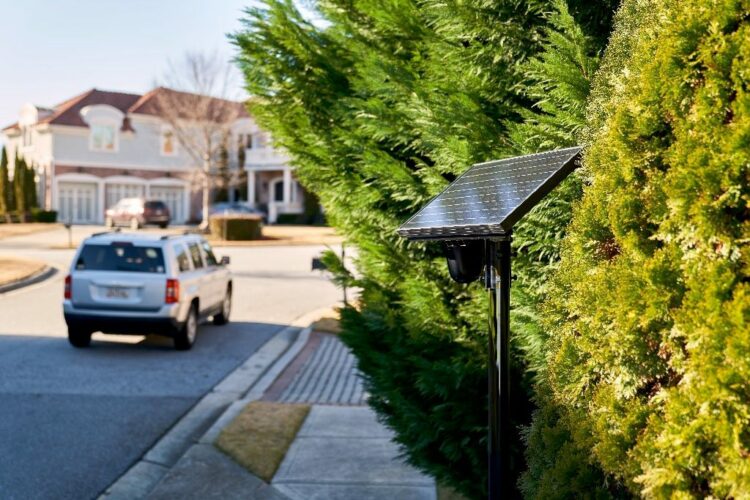 McKinney hopes the installation of these cameras prompts HOAs to purchase similar cameras so those can capture vehicles that may be linked to neighborhood crimes. He said HOAs that agree to participate can share their images into the police department’s database.

“This is how the community can help us with burglary, invasion and theft cases in their neighborhoods,” McKinney said. “Then they can share those with the city.”

Wolf said Red Oak is one of 35-40 agencies that qualified for the grant.

“We’re hoping it will help in the reduction of stolen motor vehicles, human trafficking, catalytic converter thefts,” he said, “and allow us to track some of the movements in town of those stolen vehicles.”

With the grant, Red Oak’s portion for the cameras will be approximately $4,000. Wolf said there is little maintenance cost to the city and said the city has applied for other grants to help fund more equipment.

The cameras are expected to be installed in the next couple of months.

“It’s met with a lot of great success at the agencies where it’s been used,” Wolf said. “So they’re trying to get more of these out there. When a vehicle is stolen it gets entered into the system to help us find it and recover it quicker so it’s not used in any other nefarious acts. I think we’re very fortunate to have received the grant for this.”

The council also voted to set Monday as the date to adopt the budget and tax rate for the 2022-23 fiscal year.

The city is proposing a tax rate of $0.697464 per $100 valuation, which is a decrease from the current rate of $0.703645. Property tax bills may still be higher with increased property value.

The proposed rate is expected to raise approximately $2.5 million more in revenue, of which $644,472 is from new property, according to a budget summary.

Included in the proposed budget are market plan adjustments and merit and step plan increases for employees.