Red Oak, TX - An Irving woman has been charged with murder following the shooting death of a Red Oak man on Tuesday.  At approximately 3:41 p.m. Tuesday, Ellis County Sheriff’s Department deputies were dispatched to a shooting in the 300 block of Josey Lane in Red Oak.

The 911 caller identified an adult female, Holly Brooke Daugherty, as the shooter who left the location in a red sedan traveling towards South Lowrance. 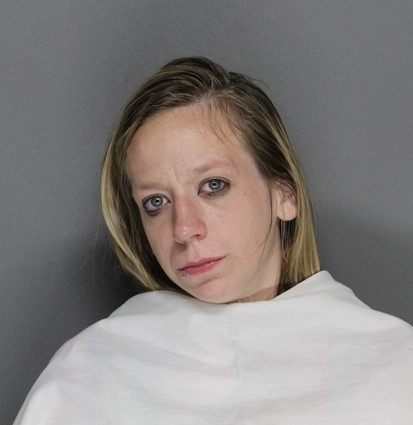 At approximately 3:48 p.m. the Texas Department of Public Safety Highway Patrol located the red sedan at the intersection of West Red Oak Road and North Main Street in Red Oak. DPS initiated a traffic stop and identified the female driver as Daugherty. In the front passenger seat DPS located a handgun. Daugherty was detained while awaiting sheriff’s deputies’ arrival.

At approximately 3:50 p.m. deputies arrived at the scene of the shooting and located an adult male with a gunshot wound to the chest. He was later identified as Barry Blake Morgan, 33, of Red Oak.

The Ellis County Sheriff’s Office Criminal Investigations Division and the crime scene investigator responded to the location, and the Ellis County Justice of the Peace pronounced Morgan dead. An autopsy was ordered. The body was transported to the Dallas Medical Examiner’s Office in Dallas.

Multiple witnesses were interviewed regarding the shooting death. Based on these statements, evidence recovered at the scene and evidence recovered from the traffic stop initiated by DPS, Daugherty was charged with murder and booked into the Wayne McCollum Detention Center in Waxahachie. She was arraigned, and bond was set at $1 million.