Red Oak, TX - At about 2:30 yesterday afternoon, Jack Perkins was in his truck, assembling his forces in the parking lot of his Maple & Motor eating establishment.

Their objective: Feed victims affected by the recent storms, and the volunteers there to assist in the recovery.

“We’re gonna feed anyone who shows up who needs food, victims or volunteers,” Perkins said.

Whataburger provided breakfast, H-E-B brought in a food trailer and Perkins’ group will be handling supper starting at 5 p.m. They’ll be serving Wednesday and Thursday, and Perkins said they’ll volunteer for Tuesday if no one steps forward.

Volunteers and Red Oak residents have been converting a former middle school into an elementary school to house students and staff members. Their school was damaged in the storm.

The Maple & Motor-Lockhart-Cafe Momentum-Dude Sweet Chocolate alliance has been known to help. They’ve joined forces for good at the Cafe Momentum Pitmaster BBQ picnic and at the Freebird Thanksgiving feast at Perkins’ barbecue joint The Slow Bone.

“We’re all good friends,” Perkins said. “When any of us call the other, we just kinda show up no matter what.”

And it hits home for Perkins and Lockhart’s Jeff Burgus, who grew up in DeSoto. Perkins said he offered to help in Garland and Rockwall, but didn’t get a return call, which is OK because he “didn’t want to get in the way.”

Red Oak is one community down from DeSoto, and it’s “our neck of the woods.”

“It means as much to us as the people we’re taking care of,” he said. “It’s not a burden for sure. It’s not as philanthrophic as you might think. We’re having a good time doing it. It’s less altruistic and more what we think is our responsibility.” 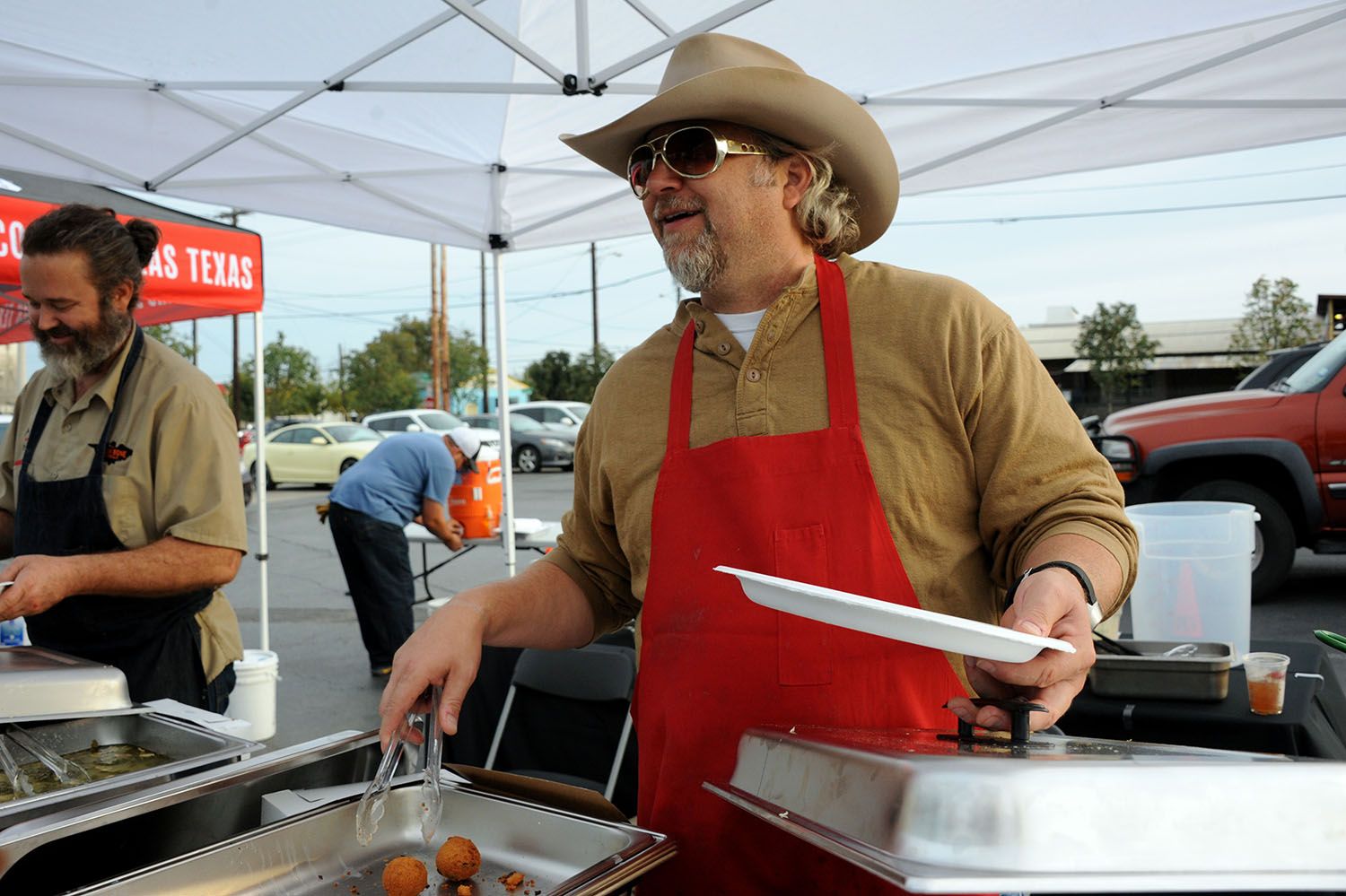 Jack Perkins of Maple & Motor, along with a few of his friends, will be serving storm victims and volunteers this week in Red Oak. (Alexandra Olivia/Special Contributor)