Red Oak Film Shoot A Bit Of A Mystery

Red Oak, TX - Lancaster’s Cheryl Womble boasts the city is ripe for film production. And it appears the city’s administrative and community relations supervisor is right.

“Shelter,” a film produced by Dallas-based studio Cinestate, began shooting in Lancaster and Red Oak a few months ago.

They are also filming at a public building next to Watkins Park. Other than loud music coming from the building on Halloween however, the shoot has been contained.

Rumor is filming has gone overschedule in Red Oak for the Film "Shelter," here the telling signs of the shoot at the facility next to Watkins Park in Red Oak.”

The signs of the shoot in the park in Red Oak were apparent from the random yellow police tape left behind. Extra roles for the film include the need for high school students, parents and grandparents through Nov. 22. 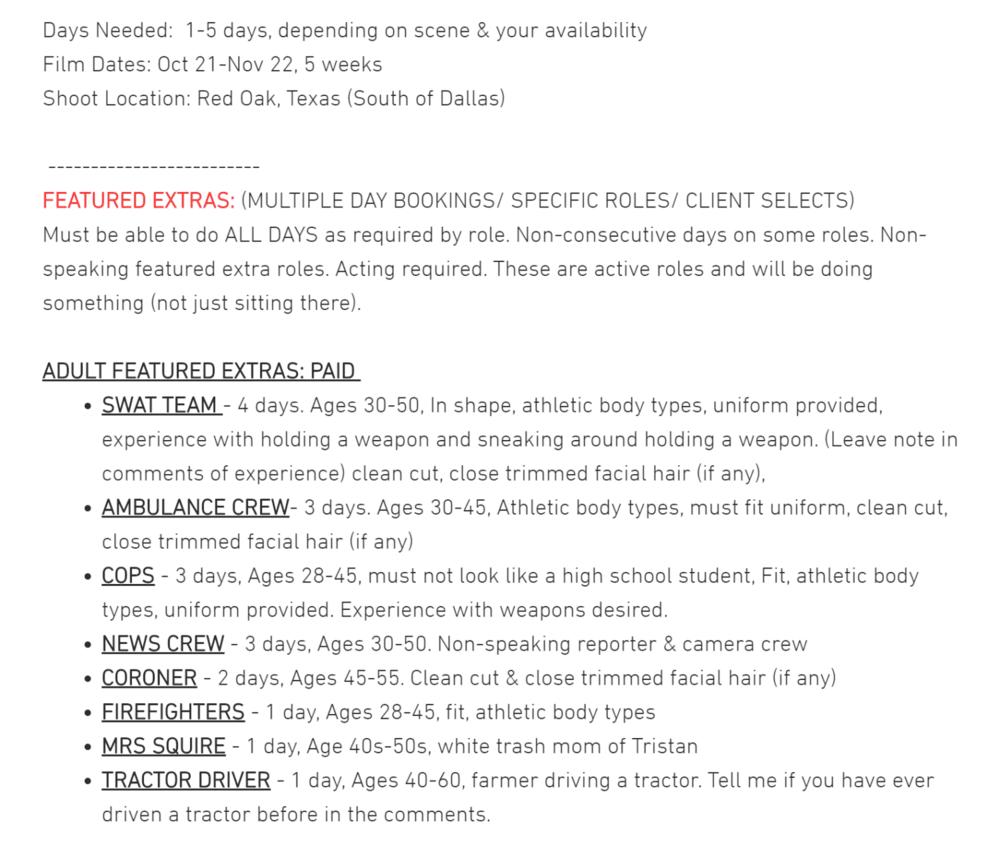 In October, the location scout left notes on residents’ doors about the shoot, noting the park would be closed until 7:30 p.m. that week due to the filming schedule. It was noted there was a 50-person crew. Neighborhoods near the park were also subject to talent parking on area streets. Both Live Oak and Waller Avenue in Red Oak were closed during the duration of the film shoot at the parks.

The letter to the residents also stated the film crew would be using special effects teams and a stunt crew would be “managing some controlled stunts and effects. You may see smoke; you may hear loud noises similar to gunfire, but it is not actual gunfire.”

Red Oak police and fire personnel were said to be on location during the controlled stunts and effects as needed.

In Lancaster, no one seemed to know anything about what was going about the film shoot.

“Lancaster is a thriving and diverse community where we value our historical assets and natural beauty,” she said in a statement. “In 2017, City Council discussed at their annual strategic planning session becoming a film-friendly community. Lancaster has vast scenic areas throughout the city and commercial film companies are more frequently reaching out to the city requesting use of public property and land in their films. Lancaster, The Shining Star of Texas, welcomes commercial film companies to promote our All-America City.”

For now, the mystery of the film “Shelter” is being sheltered from just about everyone. And, that goes for even the residents in the communities where the film is being shot.