“Ben has been an instrumental asset to the Department, the City organization and the Red Oak community, by serving as Deputy Chief and Fire Marshal for almost six years. His professionalism, character, dedication and experience throughout his tenure has made this promotion the obvious choice for Red Oak,” Fuller continued.

The chief position was left vacant in December following the retirement of Eric Thompson who took a fire department chief job in Oregon.

Blanton has about 25 years of experience in the industry after getting started as a volunteer fireman in Red Oak in 1995. He spent the next two years in fire, EMT and paramedic training.

In leading the team of 30 firefighters, Blanton admits he has “really large shoes to fill, to continue to lead these men and women on and to stay progressive in the fire service and to continue to serve our citizens and the public the way that we should.”

Blanton said the department is preparing itself to face the challenge of serving a rapidly growing city where commercial and residential structures are steadily being erected.

“We’re blessed with a great fire department and I love it here,” Blanton told the Daily Light in 2016. “This is my home. Just getting out and being able to visit with business owners in the community and finding out how we can help them makes all the difference in the world.” 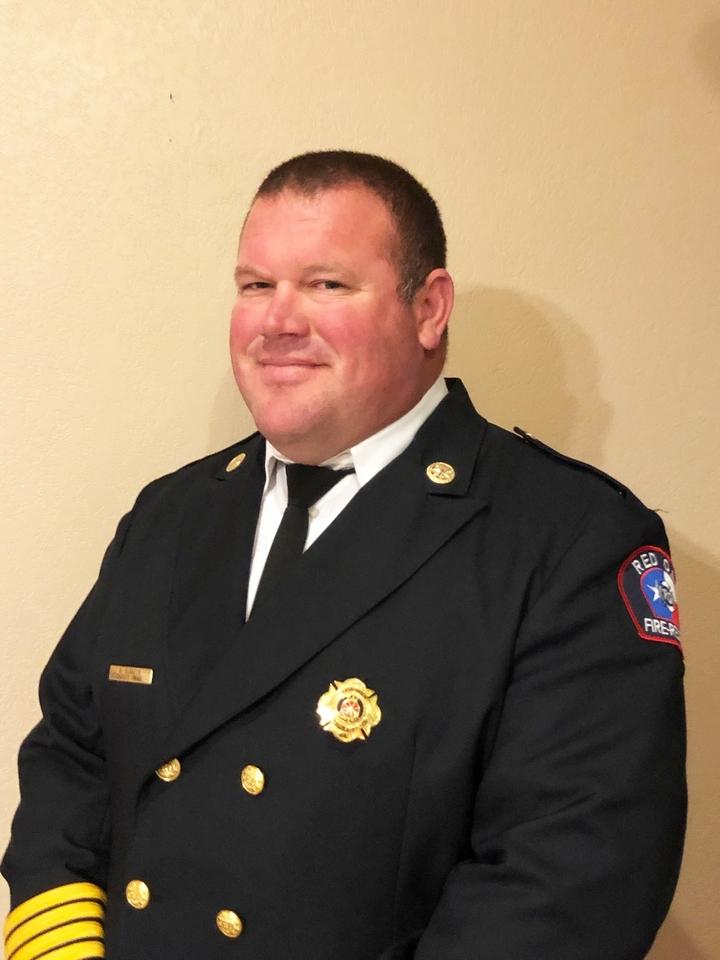