Red Oak, TX - A proposed major east-west traffic route across northern Ellis County is still several years away. But residents got a glimpse of the Texas Department of Transportation’s plans for the future on Thursday night.

TxDOT is preparing an environmental impact statement — one of the required steps — for Section A of Loop 9, which will connect U.S. Highway 67 on the Cedar Hill-Midlothian boundary to Interstate 35E in Red Oak. 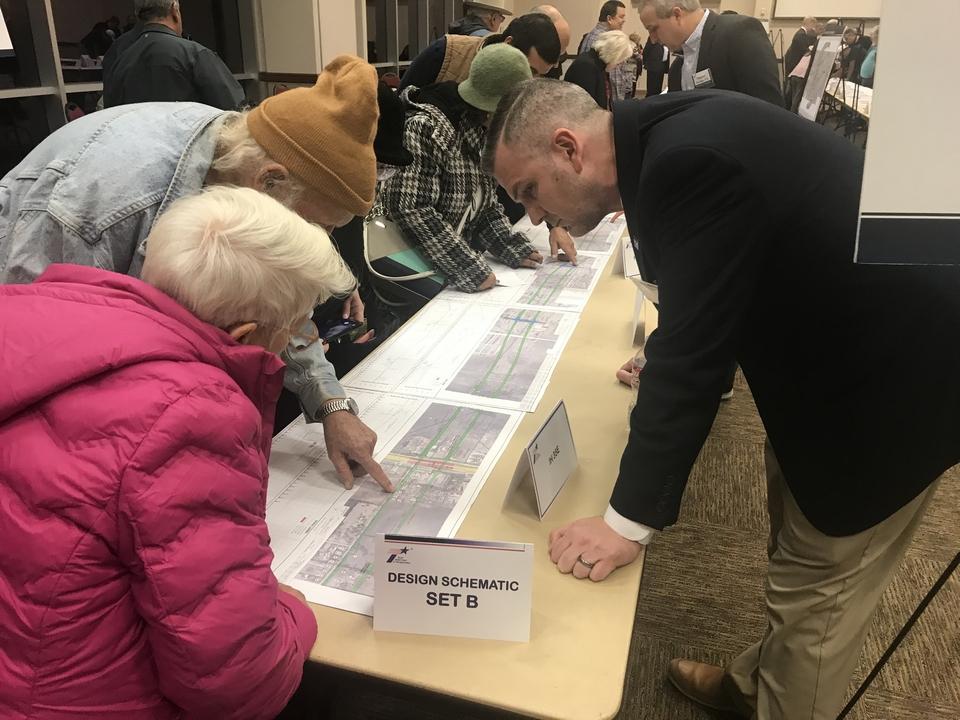 Section A will pass through or near the cities of Cedar Hill, Midlothian, Ovilla, Glenn Heights and Red Oak. However, actual construction is still a number of years away as several hurdles still must be cleared, not the least of which is funding.

Engineers and TxDOT personnel were on hand Thursday to answer any questions about right-of-way issues, and a schematic of the entire project built out to two frontage roads was available for review.

The four alternative options are on a segment in Dallas County in mostly-rural land east of Cedar Hill and are still subject to environmental study, based on public input.

“They will have more meetings and hearings when the alternatives are chosen,” Boyd said. “Right now we do not have a chosen alternative. There is nothing that we are leaning toward right now. We are still in the planning phases for this project.”

For Ellis County, the path of the proposed Loop 9 segment is largely set. It ties into U.S. 67 just south of the Ellis-Dallas county line at Shiloh Road and mostly stays on the Ellis side of the boundary with a “hump” to the north into Dallas County, where the road’s path gains options.

An interchange with I-35E is planned just north of the existing Ovilla Road interchange.

Loop 9 has been in TxDOT’s plans as far back as 1964, when the Greater Dallas Planning Council introduced the concept of an “Outer Loop” and the Texas Highway Commission authorized it.

The proposal has been reintroduced and shelved several times over the years — even being incorporated into former Gov. Rick Perry’s ill-fated Trans-Texas Corridor pitch — before being revived in 2012 in its current form.

When fully completed, Loop 9 will run from U.S. 67 in Cedar Hill across Interstates 35E and 45 to Interstate 20 in Mesquite, filling a growing need for east-west traffic relief in northern Ellis and southern Dallas County while providing a bypass route of Dallas proper.

“We envision to have a better way for motorists for this segment to provide a more direct link from 67 to 35,” Boyd said. “That’s the whole plan of this, to increase mobility and improve congestion.”

Long-range plans have Loop 9 tying into either the President George Bush Turnpike east of Dallas, or into a more extensive Outer Loop system that’s proposed for the northern half of the Metroplex, specifically Collin County.

Section A of the proposed project is approximately 9.4 miles long with a right-of-way of approximately 600 feet. The new roadway would be built in three phases as traffic warrants and funding becomes available: a single two-lane, two-way frontage road; a second frontage road with a median that would allow for future construction of a access-controlled mainlane facility; and the main lanes themselves.

Boyd said as far as funding goes, the first phase of Loop 9 is expected in 2027.