Red Oak, TX - With two-a-days just a month away, it didn’t take Red Oak very long to make a decision on hiring a new head football coach.  Just 10 days after the former coach’s departure was revealed, the school announced on Thursday that DeSoto defensive coordinator Antonio “Tony” Holmes will be the new coach.

Holmes, a well-established defensive mind in North Texas, had been at DeSoto the last two seasons. Before that, he also served as the defensive coordinator at 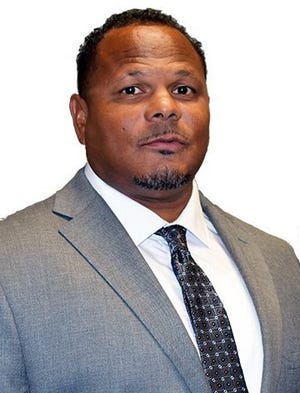 Tyler Legacy (formerly Tyler Lee) and Haslet Eaton. Holmes also coached the defense at Southlake Carroll when it won state titles in 2006 and 2011.

Holmes also has two decades of experience coaching boys’ track and field, producing multiple state gold medalists while at Carroll. Prior to coaching high school, Holmes was the defensive coordinator for the minor league Austin Rattlers in 2000 when they won the NAFL championship.

Holmes is a graduate of Irving MacArthur and played cornerback for the University of Texas. He is also a certified secondary math teacher.

With the start of fall practices looming in early August, the Hawks found themselves in a hurried search for a new coach after former skipper Michael Quintero left in late June for Cedar Park, which was one of his former stops as an assistant.

In his one year at the helm, Quintero coached the Hawks to an historic playoff advance, leading them to the Class 5A Division I state quarterfinals. The Hawks were 9-3 on the season and averaged 42.1 points per game.

Even though the move was announced in advance, Quintero was officially hired by the Cedar Park ISD board of trustees in a meeting on Tuesday night.

Quintero, who was a longtime assistant coach for former head coach Chris Ross, was elevated to head coach after Ross bolted to Lucas Lovejoy following the 2019 season.