What now? Red Oak ISD, Ferris ISD back to the drawing board after bonds fail

Plans called for a 180,000-square-foot middle school on land located between 422 and 498 Westmoreland Road in Ovilla.

The campus was planned to house approximately 1,200 students in grades six through eight. District officials said it would provide relief for the existing middle school that is over capacity with 1,600 students.

This is the second time this year ROISD has been unable to pass a bond. In the spring voters denied a $230.1 million bond election that included a middle school plus campus additions, athletic facility upgrades and transportation facility improvements.

“There was information distributed that said there would be a tax hike ahead,” Sanford said. “They said the unused land might become a stadium, even though that has never been discussed. They went door-to-door with this information and handed out flyers at the polls. That put a lot of doubt and fear in people’s minds.” 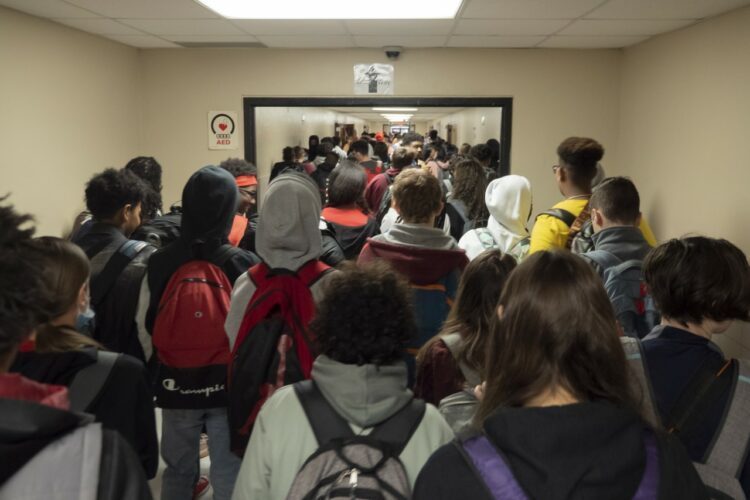 “People saw that on the ballot, and it turned people to vote the other way,” Sanford said.

She said people also claimed there were unanswered questions about traffic on Westmoreland. But she said there had already been plans in place to cue approximately 250 vehicles off the road once the school was built.

“When you have a PAC that’s strong in an area, it’s hard to get your information out and combat that,” Sanford said.

Those who led the opposition to the bond said it wasn’t needed and that this was not the time to pass a bond in the current environmental climate.

Amy Hedtke, who led the group It’s OK to Say No Red Oak and has been a driving force behind efforts to kill several local school bonds over the past few years, posted a social media video after the election to talk about the successful efforts to stop this bond.

“Red Oak, 47 percent economically disadvantaged,” Hedtke said. “People are sick of having to scrape and struggle just to pay property taxes. We tell these people to lower the taxes. Lower the taxes, period. Not just fiddle with the tax rate and then blame it on the appraisals. You have to take responsibility for your tax impositions.”

Hedtke disputed the district’s claim that passing the bond wouldn’t lead to a tax increase, saying the legal notice for the bond election authorizes a tax without limit to rate or amount.

Going forward, Sanford said district leaders will have to figure out how to address the overcrowding at Red Oak Middle School. According to demographic reports the total middle school enrollment by 2025 is expected to be between 1,700 and 1,750.

“It’s back to the drawing board,” Sanford said. “We can’t build a new middle school without a bond.”

Sanford said for now that means more portable buildings. Currently there are seven double portables in the district – three at Red Oak Middle School, two at Eastridge Elementary and two at Wooden Elementary. Sanford said work is still needed to make those available for use.

She said more will be needed, and the cost to purchase those and to set them up means cuts in spending elsewhere.

“And those aren’t my preference because of safety,” Sanford said.

“We’ll see about shifting grade levels to use the current facilities any better,” she said.

Sanford said the district will also reach out to Texas State Technical College (TSTC) about being able to continue leasing space in hopes that solves some capacity issues.

As far as the land that was planned to be used for the new school, Sanford said the district plans on hanging on to that.

“It’s hard to get land that size for an affordable price,” Sanford said. “It’s good property for a future school.”

Proposition A ($11 million) would have funded classroom expansion at Longino Elementary, classroom expansion and renovation at Ferris Junior High, improvements to existing security vestibules at two campuses, automated building access control at all campuses and expanded or enhanced camera systems. Voters rejected it with 51.8 percent (1,337 votes in favor and 1,242 against).

Proposition B ($8 million) would have funded an addition to better accommodate the Ferris High School early college program called P-Tech. The measure failed with 53.9 percent of the votes (1,387 to 1,186 votes).

Proposition C ($4.5 million) would have funded renovations to the baseball and softball complex, including new turf, expanded bleachers and safety netting. The proposition failed with 64.7 percent of the votes (1,660 to 906 votes).

“Unfortunately the reality is that with home valuations going up and taxes going up anytime there’s a tax increase it’s difficult for many families,” said T.J. Knight, acting superintendent of FISD. “When we ask for more taxes, it’s a difficult pill to swallow.”

Knight said the district will look for ways to get these projects done in other ways.

“We have to go back to the drawing board,” Knight said. “The growth is still here, and the needs are still here. Those aren’t going away just because the bond didn’t pass.”

The city of Milford failed to pass a proposition to adopt a sales and use tax of 2 percent. Seventy percent of the voters rejected the proposition (149 to 64 votes).