Waxahachie, TX - A Waxahachie man continues to recover following a shooting outside of a townhome complex Tuesday afternoon, but family members say the physical and emotional impacts will remain for a long time.

At approximately 3:15 p.m. Waxahachie police responded to a call of a shooting in the 100 block of Kaufman Street.

Upon arrival officers discovered a man, identified as 32-year-old Shane Post, who had been shot in the torso area. Officers began life saving measures until paramedics arrived and transported him to Baylor Scott and White Hospital in Waxahachie, and he was later airlifted to Methodist Dallas Medical Center.

The suspect, identified as 45-year-old Nikki Brown of Waxahachie, was still at the scene and was later taken into custody, police said. He was charged with aggravated assault with a deadly weapon. 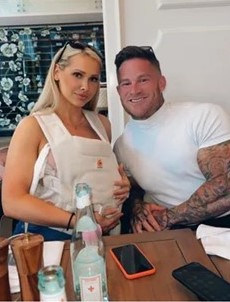 Bond was set at $150,000, and Brown has bonded out, according to the Waxahachie Police Department.

A security camera video shows Brown and Post get into a verbal argument, which police confirm was over a parking space.

“Both the suspect and the victim live at the townhomes, and they have assigned parking spaces,” said Lt. Chris Dickinson of the Waxahachie Police Department. “The victim parked in the other guy’s spot, and apparently there had been confrontations in the past. The victim pulled into the suspect’s parking spot to unload some things, and that’s when Brown confronted him.”

A probable cause affidavit states as the argument continued Brown shot the victim in the stomach at close range. It states after Brown shot Post he walked back into his unit saying, “That’s my spot. That’s my spot.”

Post’s wife, Irina Post, witnessed the incident. She said Post had parked in his spot and that his coworker followed him to the complex and parked in Brown’s spot. She said as she was walking outside to show the coworker the couple’s new baby the argument had already started.

“The neighbor was complaining, and Shane said, ‘Chill, we’ve only been here for two seconds,’” Irina said. “Then the coworker said he was just leaving.”

The video shows Post walking toward Brown during the argument, and that’s when Brown shot him. 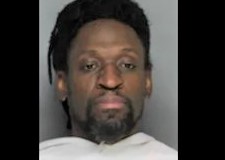 Irina said Post is recovering, but the bullet hit three of his organs and is still in his body. She said they will find out in about a week the extent of the internal damage.

But the incident is also taking an emotional toll, Irina said.

“Shane has always been afraid to die,” Irina said. “The only thing he thinks about is if he won’t be able to see me or the baby again. He keeps asking the doctors if he’s going to live, and he’s scared to go to sleep because he thinks he will die.”

Irina said there is also concern about what to do once Post is released from the hospital.

“We definitely don’t feel safe there,” Irina said. “We’re going to need some help, especially if we move somewhere.”

A friend of the family has set up a GoFundMe page to help with the family’s expenses. Go to gofund.me/02a21ccf.