Lt. Chris Dickinson of the WPD said it’s unclear when the theft took place but that it was between 7 a.m. and 5 p.m. 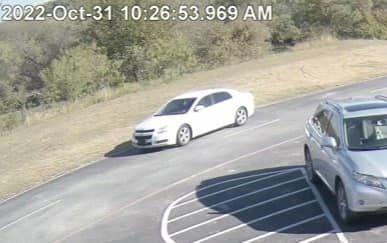 This marks at least the third such incident at local school districts in recent weeks. Wednesday, Crime Stoppers of Ellis County posted on social media information about a similar theft around 5:30 p.m. Oct. 18 in the parking lot of Red Oak High School. According to Crime Stoppers thieves took a catalytic converter off a 2000 Ford Excursion.

The victim told authorities he had parked his vehicle in the parking lot around 6:30 p.m. and did not leave until approximately 5 p.m.

The theft took place at 1:52 p.m., and the suspects left at 2 p.m., according to video surveillance that captured the incident. Officials say the suspects were in a white Chevrolet Malibu with dark tinted windows. They believe the suspects are a Black male, a Hispanic male and a Hispanic female.

Authorities say a similar incident happened Oct. 31 in the parking lot at Maypearl High School. According to a social media post from the school district a vehicle that resembles the one in the ROHS incident is seen driving around the parking lot around 10:30 a.m. that day, and a catalytic converter was later reported stolen from that parking lot.

Dickinson said officials believe the Red Oak High School and the Maypearl High School incidents may be related, but police won’t know if the same suspects struck the Wedgeworth campus until surveillance video is available.

Dickinson said the school parking lots are likely being targeted because suspects think there won’t be much activity there.

“You have a large amount of vehicles sitting still and left unattended while you go inside,” Dickinson said. “But in places like Walmart people are going in and out.”

Officials have seen an increase in catalytic converter thefts because of the value of the metal used to make them.

Dickinson said while it’s hard to prevent these from happening since thieves get in and out so fast he encourages people to park in well-trafficked areas when possible.

“And some people are putting welding pieces underneath the converters,” Dickinson said.

Anyone with information about these incidents are asked to contact Crime Stoppers at 972-937-PAYS (7297), use the P3Tips app or visit the P3 Tips website to report a tip. There may be a cash reward.

Anyone with information about the Red Oak High School theft can reach out to campus police at 972-617-4607.