Waxahachie, TX - A murder charge in connection with a homicide that took place April 6, 2013, was dismissed against Inmer Obed Palma Garcia on July 14.

Following his arrest April 11, 2013 – and subsequently being indicted by an Ellis County Grand Jury on June 20, 2013 – on the charge of murder, Garcia was awaiting trial while held at the Wayne McCollum Detention Center.

“Unfortunately, it is a perfect example of the old saying that delay benefits the defendants in the criminal justice system. That case has been pending for more than three years and unfortunately, in those three years a lot of difficulties arose with our case,” Ellis County and District Attorney Patrick Wilson said. “The chief among those difficulties are that two key police officers involved in that investigation have become unavailable as witnesses. One committed suicide (Irving Police Officer Cesar Villanueva), and another has been arrested and charged with his own felony criminal offense.”

According to a previous Daily Light article, Ellis County Sheriff’s Deputies were initially dispatched to the 600 block of Edmondson Road, in the rural Ellis County area of Forreston, after a motorist reported an unresponsive person lying in the roadway. Deputies arrived to find an unidentified deceased male subject shot multiple times. Officers transported the body to the Dallas County Medical Examiner’s office and later identified as Henry Fabian Villatoro, 21, of Irving.

Investigators, who believe the offense was gang-related, determined that the plot to murder Villatoro began in Irving. The victim was then lured into a vehicle and transported to Ellis County where he was shot. Investigators also recovered a weapon.

According to a previous Daily Light article, the Texas Department of Public Safety arrested Slaughter April 15 on several charges related to the alleged theft of firearms from the sheriff’s office property room. A Grand Jury charged Slaughter with two counts of tampering with or fabricating physical evidence, three counts of theft and one count of tampering with a governmental record.

According to the arrest warrant affidavit, the Slaughter’s charges are in connection with an alleged sale of firearms from the sheriff’s office evidence room.

According to Wilson, following the dismal of the charge against Garcia, the man was taken into custody by U.S. Immigration and Customs Enforcement officers pending deportation proceedings and has murder charges pending against him in El Salvador. Wilson added he does not know what the status of those proceeding is.

Along with Garcia, five other suspects were indicted in the case on the charge of murder. They include Irving residents Abel Armando Martinez, Roberto Lopez-Martinez, Rafael Perez Morales and Victoria Alejandra Velasquez Navarrete and Houston resident Fredy Abel Martinez Rodriguez

According to a previous Daily Light article, Navarrete at the time of her arrest was 15-years-old. On June 24, 2013, after a two-and-a-half day hearing, Judge Gene Calvert, Ellis County Court at Law 2, ruled that Navarrete can be tried as an adult for the first-degree felony of murder. She indicted on the charge of murder on July 18, 2013.

Wilson said despite the charges being dropped against Garcia the other cases involved with this offense have not been affected.

“I do want to be clear as well. Lindy Beaty (Chief Felony Prosecutor) had extensive conversations with the victims family before that decision was made,” Wilson said. “Obviously, they were not really happy, but they understood our position.”

Beaty said the county and district attorney’s office is looking to try the remaining five defendants on the same docket rather than try them individually.

“Our thinking is that we are going to try and put them on all the same docket but there is a lot of logistics involved with that. Since there is a whole lot of other attorneys that we have to do scheduling and a bunch of other hearing that not have been heard yet in those cases,” Beaty said. “ We will have to see what happens. Ideally, we would try them together.”

Wilson said that had been a big factor in what has taken so long to bring this case to trial is that there are so many defendants, so many lawyers and the language barriers have added to the exponential cost of getting the case though the system.Wilson added that Slaughter's and Villanueva' was not as direct or as involved as with Garcia case. 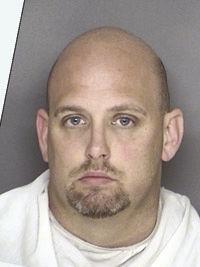 Philip Gray Slaughter II, a former Ellis County Sheriff's officer and investigator, was charged with multiple counts of theft, which has allowed for a murder suspect's case to be dropped.