Second arrest made in aggravated robbery case after 12-day search

At the time of his arrest, Ostrander was at a residence in the 400 block of Cindy Way in DeSoto. The arrest came 12 days after the initial search for Ostrander began.

Ostrander is charged with aggravated robbery and a parole violation in connection with an offense that took place on Aug. 4. Members of the Ellis County Sheriff’s Office and the DeSoto Police Department assisted the U.S. Marshal’s Office with Ostrander apprehension.

According to a previous article, local sheriff’s office deputies responded to a report of an armed robbery on Aug. 4 at a residence on Farm-to-Market Road 876, where two male suspects had fled the scene. One was taken into custody shortly after. The other was spotted the morning of Aug. 5 but managed to elude law enforcement.

Ostrander has a bond totaling $500,000 on the aggravated robbery with a deadly weapon charge. There is no bond on the parole violation. Both Ostrander and Flanery remain in custody in the detention center as of press time. 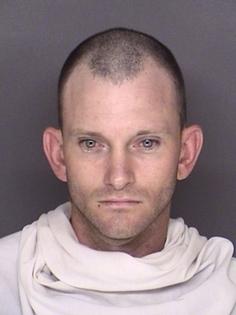