Dallas, TX - As part of the largest Medicare fraud bust made in the short history of the Medicare Fraud Strike Force, the case against a former Waxahachie doctor, along with five others, is nearing a close.

According to U.S. Attorney John Parker of the Northern District of Texas, three of the six former doctors, all from North Texas, have entered guilty pleas over the last three weeks - the latest being Myrna S. Parcon, 63, of Dallas. Parcon pled guilty Nov. 29 to one count of conspiracy to commit health care fraud and faces up to 10 years in a federal prison and a fine up to $250,000 or twice her monetary gain or the loss to the victim.

A U.S. Department of Justice (DOJ) press release states that Parcon owned Dallas-based US Physician Home Visits (USPHV), which a former Waxahachie doctor, Ransome N. Etindi, 56, and the four others worked for from January 2009 through June 9, 2013. During that time, "Parcon and the other five defendants conspired to defraud Medicare by making materially false and fraudulent representations and promises in connection with health care services, namely physician house call visits and home health care."

As previously reported by the Daily Light, Etindi worked at the Ten Clinic (Treat Everyone Now), located at 300 W. First St. in Waxahachie when it relocated from Red Oak to a larger facility in Jan. 2014. 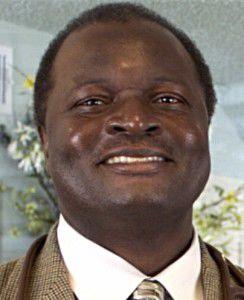 Three of the co-defendants - Oliva A. Padilla, 57, of Garland; Ben P. Gaines, 56, of Plano; and Lita S. Dejesus, 70, of Allen - have all pled guilty to a count of conspiracy. Each faces a maximum statutory penalty of five years in federal prison and a $250,000 fine, according to the DOJ release.

Etindi, who pled guilty earlier this year to conspiracy to commit health care fraud, faces the same sentencing as Parcon - fine up to $250,000 or twice his pecuniary gain or the loss to the victim and up to 10 years in a federal prison. The DOJ release shows that Etindi served as a "medical doctor for USPHV, served as its medical director, and also provided his Medicare number to USPHV to use to bill Medicare."

According to the DOJ, the only defendant yet to have entered a plea, Noble U. Ezukanma, a 57-year-old physician from Fort Worth, has a trial tentatively set in January before U.S. District Judge Jane J. Boyle.

All of the charges stem from an investigation conducted in conjunction with the FBI, the U.S. Department of Health and Human Services (HHS) - Office of Inspector General, which directed the Medicare Strike Force, and the Texas Attorney General's Medicaid Fraud Control Unit

The HHS website states that the "Medicare Fraud Strike Force Teams harness data analytics and the combined resources of Federal, State, and local law enforcement entities to prevent and combat health care fraud, waste, and abuse." Since its inception in 2007, and as of June 30, the team's investigations have resulted in 2,185 indictments and found approximately $1.98 billion in false health care billing.

According to the DOJ release, in the case against Etindi and the five other North Texas doctors, the Medicare Fraud Strike Force team found that "More than 97 percent of USPHV's Medicare patients received home health care - whether they needed it or not. As a result of these false Form 485 certifications, Medicare paid more than $40 million in fraudulent home health services."

The investigation found that after a new patient contacted USPHV, one of the doctors would conduct a 15-20-minute home visit, but, under the direction of the defendants, filed a fraudulent claim for a 90-minute consultation.

"USPHV submitted claims as if Ezukanma provided the services to Medicare beneficiaries, regardless of who actually performed the service; this caused Medicare to pay a higher reimbursement rate," the DOJ release states. "Then, beginning in January 2013, the majority of claims for USPHV were submitted as if Etindi provided the services, regardless of who actually did perform the services. Ezukanma, Parcon and Dejesus submitted reimbursement claims for physician home visits that falsely represented to Medicare that Ezukanma and Etindi conducted comprehensive patient exams and prolonged service patient exams, when they did not."

"Ezukanma and Etindi signed Medicare Form 485s certifying the Medicare beneficiaries for home health services even if the beneficiary was ineligible to receive the benefits," the release continued. "They also signed and certified Form 485s regardless of the homebound status of the patient and often without any knowledge of the patient or the patient's medical condition."

In a Dallas Morning News article written by Kevin Krause in June 2015, the investigation that ultimately led to the arrests of the above-mentioned medical professionals was part of a nationwide effort led by the Medicare Fraud Strike Force. The DMN article states that the investigations "resulted in federal charges against 243 people, including 46 doctors, nurses and other licensed medical professionals, the U.S. attorney's office said."

According to the DOJ release, Assistant U.S. Attorney Katherine Pfeifle is in charge of the prosecution.

A HISTORY OF QUESTION MARKS

Although ultimately dismissed, the Daily Light previously reported that Etindi, who was represented by Mark Griffith of Griffith and Associates in Waxahachie, faced sexual misconduct allegations in 2009. According to the previous report, there was not enough evidence to prosecute.

However, on Feb. 16, 2011, the Houston Chronicle reported that the Texas Medical Board formally reprimanded Etindi during its meeting held Feb. 3-4, 2011.

The article states that on Feb. 4, 2011, Etindi and the board entered into an "Agreed Order of Suspension publicly reprimanding Dr. Etindi."

According to the Chronicle's report, Etindi had his medical license suspended until he completed a professional boundaries course at the University of California - San Diego in its Physician Assessment and Clinical Education program. The Chronicle also stated that for 10 years, Etindi was required to have a "chaperone present anytime he performs a physical exam on a female patient. The Board found that Dr. Etindi engaged in sexual conduct with a patient and subsequently had his hospital privileges suspended."