'His first thought was to shoot me': Waco resident sentenced to 98 months in federal prison for Waxahachie Burglary

Waxahachie, TX - An early morning ransacking of an Exxon station in the heart of Waxahachie that left one officer thankful for his training has landed Terry Bridgewater 98 months in federal prison. 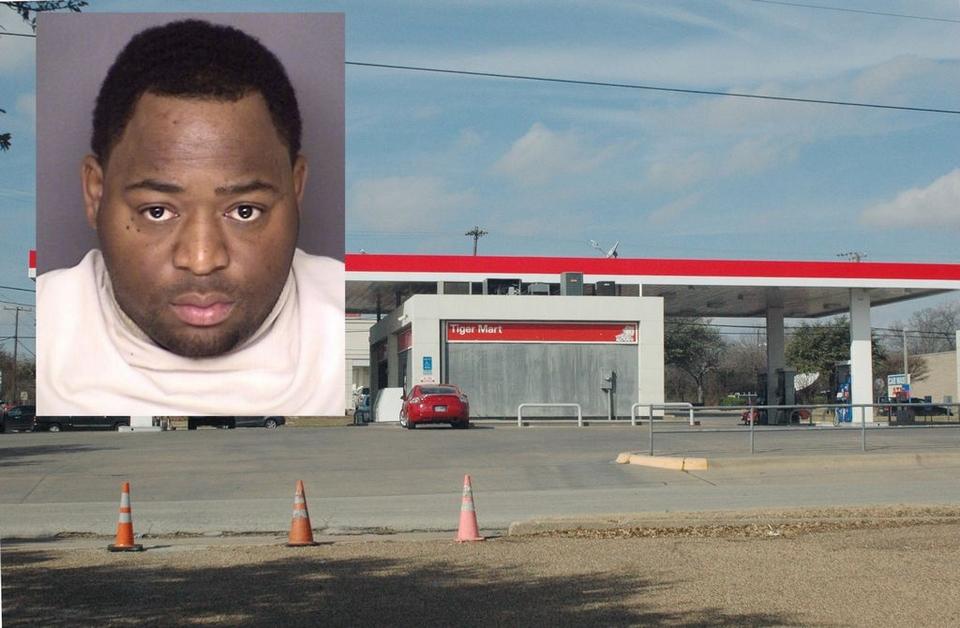 Bridgewater pleaded guilty in August of 2016 to one count of a felon in possession of a firearm.

The sentencing is in connection with an offense that took place on June 2, 2015, where Bridgewater was caught burglarizing the Exxon Tiger Mart in the 700 block of Ferris Avenue by WPD Cpl. Chris Dickinson.

"Pretty much, it was a routine patrol. As I drove by I noticed the door was shattered there at the Exxon. I knew that we had not been dispatched to an alarm yet. My first thought was that this just happened," Dickinson said. "So as I pulled up and rounded the corner. I saw the suspect behind the counter in the store. It looked like he was loading up cigarettes and stuff.

"Again it was just a reaction, you don't have time to think about it. (You) react, get out of the car, order him out, put him in cuffs and go from there."

"[Dickinson] located him in the store and was able to get him out of the store at gunpoint until backup got there and they took him into custody," Winn said.

Dickinson said with each situation that has the potential to be deadly, officers have to be constantly aware of their surroundings.

"You treat every situation like it could be a deadly situation until you know any different. In this case, he never actually pulled the gun and pointed at me. Once he was in handcuffs he told me that he had the gun in his pocket," Dickinson said. "Later on, he told me that when he saw me pull up that his first thought was to shoot me and is what he was going to do. He knew that he had a couple of bullets left and he didn't know if that would be enough. It is a sobering thought. We deal with it all of the time. But, to have somebody tell you, 'Hey my first thought was to kill you,' it's a sobering thought. It makes me grateful that I was protected that day."

Dickinson said the ongoing training that officers go through helps to keep their skills sharp and ready for any situation that might face in the field.

"It just goes with the normal training that we continue to go through. We are constantly training and constantly going over situations. In my mind I am constantly role-playing situations in my heard of different situations," Dickinson said. "What if I make this traffic stop and this guy jumps out with a gun, what do I do? What if I pull up and he jumps out and runs. Just constantly, constantly thinking. We do department training every year. We are constantly working with each other to make sure that we are staying sharp."

Dickinson said after an arrest is made and goes to the court system "we really don't keep up with much of it," but added that he is glad it worked itself out.

"Bridgewater got the punishment that the court through he deserved," Dickinson said.

Waxahachie Police Chief Wade Goolsby shared Dickinson's thoughts about the events and is glad the judge supported and upheld the charge.

"All of our officers enter into every situation assuming that the person is armed," Goolsby said. "Then, from there, they determine what that person's intent is. It is a balancing act of being professional and being on guard at the same time.

"In this case, the individual later stated that he would have got into a shootout with the police if he had more ammunition. Those are kind of the situations we go into sometimes without knowing what the intent is of the person. We train for those situations, being careful and being aware of those potential situations. Yet, we can't overreact when we go into those situations because the odds are the person is not thinking that."

According to the affidavit, Bridgewater stated to officers that he broke the window, entered the store and was attempting to steal cigarettes. Inside the business, officers located a laundry basket full of cigarettes. Officers also found Bridgewater in possession of a firearm in his right front pocket.

Documents filed in the case and information presented during his sentencing on Monday noted Bridgewater has prior felony convictions for both assault and arson. At the time of his arrest, Bridgewater was armed with a loaded Kel-Tec 9mm caliber pistol.

According to a Department of Justice release, while being transported to the police station following his arrest, Bridgewater told the arresting officer that he was lucky that he only had two rounds of ammunition in his pistol, because if he had had more ammunition, he would have engaged the officer in a gun battle. Bridgewater also admitted that he had just sold "on the streets" another pistol and had obliterated the serial number.

Godbey ordered Bridgewater to serve the most recent sentence following a 10-year state sentence he is currently serving for burglary. Online records from the Wayne McCollum Detention Center show Bridgewater was booked at 6:42 a.m. on June 2, 2015.