and sexual assault of at least one girl under the age of 17 years old.

The decision by the jury of his peers was read to Judge Cindy Ermatinger of the 43rd Judicial District Court just after 3 p.m. on Friday, Feb. 17. Ermatinger issued the charge to the jury just before noon and instructed the 14 jurors only to return a guilty verdict if they were sure "beyond a reasonable doubt." 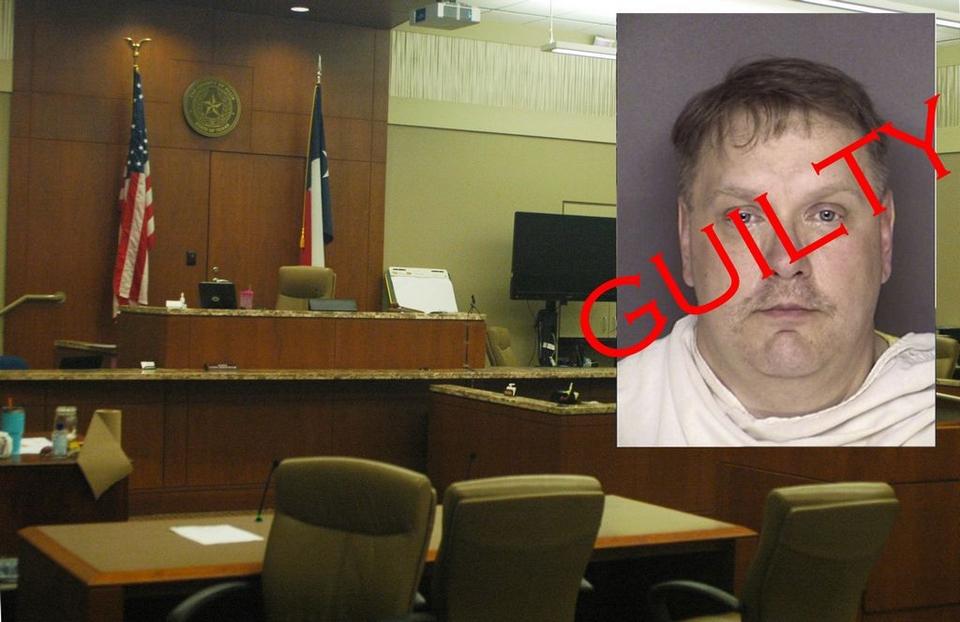 During his closing remarks, Assistant District Attorney Ricky Sipes told the jury that they need to look at all the facts that have been presented to them throughout the week — and not just the final testimony by Coffey.

"You don't take Kevin Coffey's word at this point. You have taken an oath to render a true verdict. The evidence comes from the witness stand and the exhibits presented to you. You don't have to leave your logic at the door," Sipes said. "You saw (the second juvenile's) emotions. There is no reason for her to put herself through that other than to tell the truth of what Kevin Coffey did to her at the Maypearl Police Department."

Sipes told the jury they also should weigh the character of the man when making their decision.

"What is Kevin Coffey's character? He is a pervert. He told you so," Sipes said. "He knew (the first juvenile) for over a year. Never did he catch her with drugs and never got her help with all her problems."

Following the closing statements by Sipes, Coffey's court-appointed attorney, James Jenkins, told the jury that, while his client maybe a "nasty" individual, it should not be held against him.

"This case has been difficult. There is a lot to this case, but it can be narrowed down to what took place at the chief of police's office with people in the building, during business hours, with the door and window open. He is on trial of what took place in that room, nothing more," Jenkins said. "You may think that he is a pervert and a dirty old man, but you can't find him guilty if you don't believe what happened in this room. You can't convict him on those other things. Even if he is a pervert, possessed child porn and talked nasty. He is not on trial for that. There is no law against being weird."

Jenkins charged the jury to follow the law and render a verdict that is "beyond a reasonable doubt."
"A true verdict, in this case, is going to be not guilty," Jenkins said.

Assistant District Attorney Grace Pandithurai followed Jenkins and told the jury that Coffey is a man who hides behind his authority as a law enforcement officer to conceal his real identity as a predator.

Pandithurai told the jury that predators often look for children that are broken, which is what she believes Coffey did.

"He knows what he is doing, and he is calculated. What he does matches who he is. He is a predator," Pandithurai said. "He is befriending all of these parents to have access to their kids. He didn't help them. He made them worse. A guilty conscience needs no accuser. When you're telling him he is guilty you are telling him something he already knows."

Due to county offices being closed Monday for President's Day, the punishment phase will take place Tuesday at 9 a.m. in the 443rd Judicial District Court.