Waxahachie, TX - A couple of days after arriving home from spending time with family in Plano, Lisa Fields realized her wallet and wedding ring didn’t make it back home to San Antonio.

Luckily, a Waxahachie good Samaritan saved the day at a local QuikTrip.

The morning after their arrival, her husband, Jefferey Fields, suggested he would get the diamond on her ring tightened. Only, Lisa couldn’t locate her belongings and began to panic. She said it was “gut-wrenching” knowing the symbol of her marriage was gone.

“I went to my purse and looked for my wallet, but it wasn’t in there,” Lisa said. “I thought maybe I threw it under the seat in my car. It wasn’t in any of our luggage. We tore up our bedroom, and that was when my heart sunk, and I got physically sick.”

The last time she remembered even having her wallet was at a Chipotle in Plano, but after a phone call to the restaurant, her initial thought was shot down. When tracing her steps during her travels, Jefferey remembered stopping at a gas station in Waxahachie. At the time he couldn’t even decipher if it was a QuikTrip or Racetrack.

“I never thought I’d see it again,” Lisa said. “I was telling my husband that I was already going through the stages of grief. At first, I was angry, and then I was sad and then disbelief and the angry again. Then I was starting to realize that I couldn’t freak out anymore.” 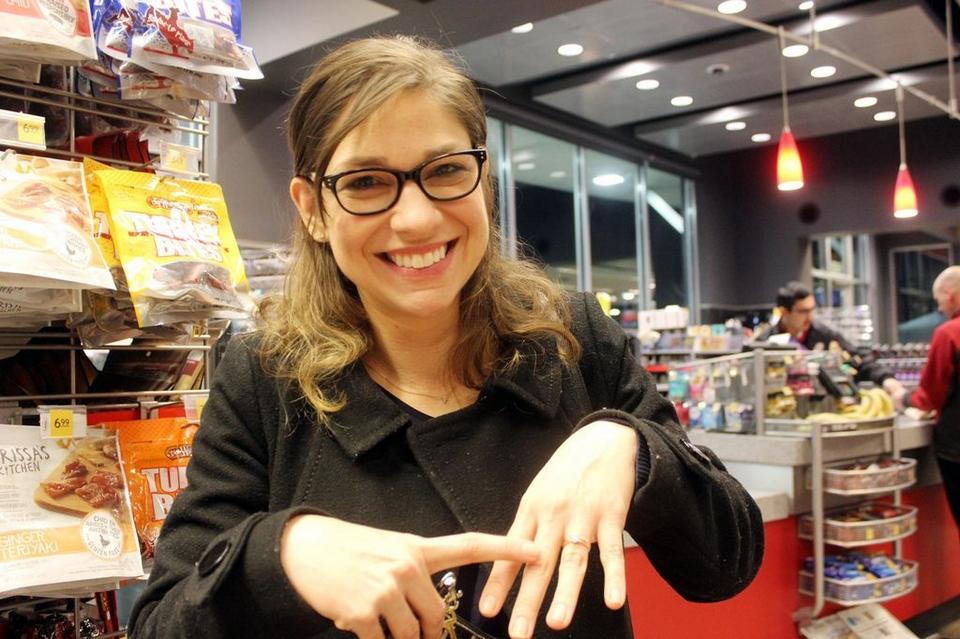 Lisa started canceling her credit cards and began the process of ordering a replacement driver’s license. She was most concerned about protecting her identity and credit. Lisa even made a claim with the Plano Police Department and called the Texas Department of Transportation about the missing wallet and diamond ring.

“I felt like an idiot, how mindless of me? I felt so embarrassed. I was praying that God would bring conviction on somebody who found it and I prayed that God would also bless whoever turned it in and that it would be returned to me,” Lisa said.

Lisa praised her husband’s attitude about the missing ring as he ensured her it’s replicable and their health and love was more important to him.

“But it’s the thing that I love and am proud of,” Lisa said. “Anytime I got a compliment on my ring I’d say, ‘I love the ring, it’s beautiful, but I love my husband so much more.’”

It turns out the family stopped at a QuikTrip off Interstate Highway 35 and FM 387 (Butcher Road) to use the restroom. They didn’t purchase any snacks or gas, so there was no electronic trace of them being there.

She gave the QuikTrip a call, asking if anyone had turned in her wallet. Once they confirmed that the wallet was there, “I was on the phone with Anthony [the manager] balling. I fell onto the ground in my bathroom I was so excited, tears were pouring down my face,” Lisa explained.

The manager of the QuikTrip offered to mail her belongings since she lived hours away. But Lisa wouldn’t chance it. The next day, her daughter and father drove to Waxahachie and claimed Lisa’s valuables.

The manager on duty that night, Marquis Graves, grabbed her belongings from the safe and presented them to her. As he rummaged through her wallet, she said, “Awe, there it is!” As she slid on her wedding ring she said, “It’s not coming off anymore.”

Lisa said when she put her ring on she felt relief and that she could finally take a deep breath.

Lisa said she wished she could meet the good Samaritan who found her wallet in the parking lot. For all parties involved, Lisa said, “It is joy that people are good and just turned it in. I would love to be able to give air hugs to everybody that was involved because it’s amazing. I pray bountiful blessings upon them for their honesty and turning it in.”