Waxahachie, TX - For the family of Laverne Berry, questions about his disappearance remain present in their daily thoughts. Berry is known for his kind heart, friendliness, and the encouragement he provided.

With the impact he made in the lives of others, it is difficult to understand why no one has come forward to share information that could lead police to his whereabouts.

“He is very free-spirited and loving. He is very personable. He will always greet you with a smile. I retired from the military and spent 21 years working for the federal government,” Berry’s son, Michael Berry, said. “I say that my siblings and I success, education, and the people that we have become is because of the foundation he set for us as young kids growing up in Dallas. He taught us to always show respect to everyone. Treat everyone how they want to be treated. He is a just very good-hearted person.”

Growing up, Michael recalled that he and his four siblings would work alongside their father at the dry cleaning business he ran. During those moments at the store, Berry imparted his wisdom and knowledge to his children. When Michael was looking at his future, Berry supported his son’s decision to join the military.

“I came home and told him that I had made a decision that I was going into the military. It was probably one of the best decisions of my life. He continued to support me through training,” Michael recalled. “My first duty station was Fort Bragg in North Carolina, the 82nd Airborne. He would actually drive all the way to North Carolina to see me jump out of planes. He continued to support me throughout my career. He has a plaque from the U.S. Army for his support to my career and the military.” 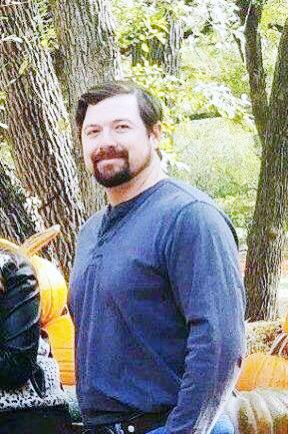 Berry was reported missing by his wife Carolyn at about 5 a.m. on Monday, Aug. 7, 2017, from his home located on the 400 block of Wyatt Street near downtown Waxahachie. He was last seen wearing blue jeans and a long sleeve maroon and beige colored shirt. Berry has a full gray beard and has been diagnosed with dementia. He has a slim build, stands 5-foot-8 and weighs about 180 pounds.

The Texas Department of Public Safety initially issued a statewide silver alert for Berry at 4:07 p.m. on Aug. 8, 2017. The alert expired just after 6 p.m. on Aug. 15, 2017, which is standard protocol after seven days.

Two days into his disappearance, the Waxahachie Police Department and members of the Mark 9 Search and Rescue team deployed a canine unit to conduct an open-air search but were unsuccessful in locating Berry. A second search by police officers, firefighters, family members, and volunteers was performed but also turned up empty. Berry has been entered into the Texas Crime Information Center and the National Crime Information database as a missing person.

According to the FBI website, the NCIC database contained 88,040 active missing person records as of Dec. 31, 2016.

Waxahachie Police Chief Wade Goolsby is asking for the public’s help with new information that would lead to finding Berry.

“At this point in the missing person case of Mr. Berry, we are not receiving any information. We are hoping that this article prompts some people to provide us with some information if they have any knowledge of where he might be,” Goolsby said. “He is entered as a missing person on a national crime information center network. So if any police officer anywhere in the country comes across him, it will pop up that we are looking for him. At this point, we don’t have any idea of where to look.”

Goolsby stated the hardest part of the investigation is not having any clues or leads to work with.

“We just have no idea of what direction he may have gone or where he went. We have followed up on leads that people have provided us, and none of them have panned out. We have had some reported sitings, and when we checked them out they didn’t pan out,” Goolsby shared. “That is the most frustrating part — not being able to locate him for the family and let them know where he is at. This is still an active investigation. At this point, we are not receiving any new information.”

Michael stated that he was notified of his dad’s disappearance early that morning, around 8:15 a.m. Berry’s wife, Carolyn, told him that she contacted police.

“I was trying to wrap my mind around that he was missing. She then stated she had called the police. That is when the emotions started taking place. To say that he has been missing an hour and you have already called the police that means that something is really not right,” Michael remembered. “Every couple of weeks we are at every homeless shelter and homeless area in Dallas and Fort Worth just to get the word out.”

Michael noted, at times, it has been discouraging to continually coming up empty handed at the end day. There have been times that he has seen people that look like his dad while he has searched on his own. Despite that, he is not determined to give up

Berry’s daughter, Reba Berry, shared her brother’s thoughts about what they have been going through over the past five months.

“It has been rough. We do not understand how a person can fall off of the face of the earth. It is just hard to believe that he just walked away. It has been hard for us. It has been very hard. His birthday is on the 23rd of this month, and he will be 80 years old,” Reba said. “We go to the shelters here, we walk the streets, we pass out flyers, and we talk to people. The worst part is that someone is saying that he is in Dallas with one of us and that is not true. I wish they would just stop doing it because it is not true.”

Reba continued, stating that people spreading rumors like this not only hurts the family but also hurts the search to find Berry and bring him home.

“It is like they don’t have any respect for the situation. This is a loved one that is missing, and someone is out there giving false information just for the hell of it,” Reba stated. “Why do that? This is not a game. This is someone’s life. This is as family member that is loved and his family wants him back home.”

Michael and Reba expressed their thanks to the Waxahachie Police Department and its efforts to locate Berry.

“Detective (Casey) Borders and Assistant Chief (Joe) Wiser have been very supportive if we want to do something and we have questions. If detective Boarders has information, he lets us know. The door is open. That makes me feel very good. At least we know that we can go see them and talk to them,” Reba shared. “They have not just thrown this case up underneath the rug. They are still out there looking for him just like we are.”

Michael and Reba encourage people if they know anything to come forward and share the information with police.

“We are confident that someone knows something and someone has seen something. We just hope that someone will find it in their hearts. We have discussed the fact that even if it means closure,” Michael said. “We love you (dad) and want you home safe. Anyone that is reading this and knows anything, please understand that he has a family of love and support.”

If people have information but would like to remain anonymous, please contact Crime Stoppers of Ellis County at 972-937-7297. Crimes Stoppers pays cash for tips that help lead to an arrest.