Waxahachie, TX - A jury took only 46 minutes Monday to sentence an Ellis County man to 150 years in prison for sexually abusing girls younger than 12 years old. 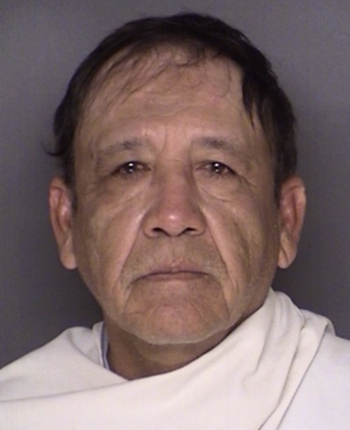 The victims told child advocates they were between 6 and 12 years old when Salinas abused them at his home. Officials opened an investigation in 2016  when, on one victim's birthday, she told her teacher she had been abused, according to the district attorney.

She and four other related girls then recounted their abuse to an interviewer at the Ellis County Child Advocacy Center.

One victim said Salinas touched her inappropriately at least once a week between the time she was 6 and 9 years old, the Waxahachie Daily Light reported in 2016.

The judge ruled that Salinas' 75-year sentences will run consecutively. He will have to serve the first 75-year sentence before the second can begin in 2093. There is no parole on this offense, and Salinas will be required to register as a sex offender, the district attorney's office said.