Waxahachie, TX - A step was taken to preserve more historical Waxahachie with the amending of an ordinance related to historic preservation at Monday night’s city council meeting.

The amended ordinance allows for the creation of historic overlay districts in residential neighborhoods.

Becky Kaufman, chair of the Historic Preservation Commission, said, “Historic preservation is an ongoing process.” She explained most people choose not to purchase a historic home due to regular maintenance and upkeep.

“Please help us save the unique identity of Waxahachie, which we use in all forms of advertising. It sets us apart from anywhere else,” Kaufman said. “Buyers and investors in historic properties have noted that they will pay a premium for quality, character, and attractiveness.”

Kaufman stated that these properties have contributed to bringing visitors to the city, which has resulted in an increase in sales tax revenues.

According to the city’s website, the Heritage Preservation Commission oversees the city’s heritage preservation ordinance. This ordinance has a number of tax incentives that are available to owners of historic properties — both residential and commercial. The city at this time has one overlay district, which is in historic downtown. 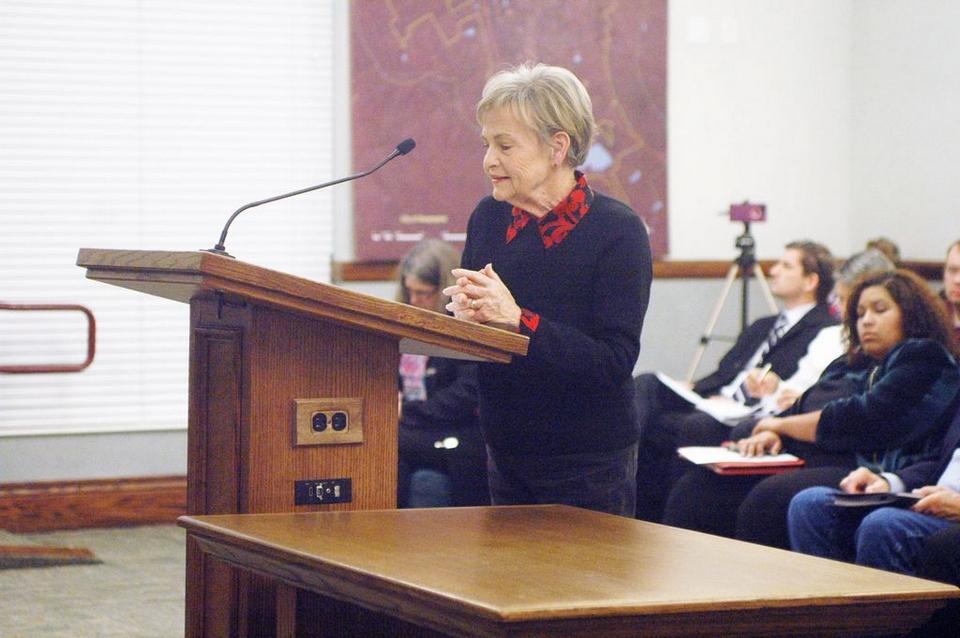 Waxahachie City manager Michael Scott said, “What the ordinance change did is created the ability for us to create other overlay districts like that for instance in a residential area.”

Scott explained that residents currently receive a tax credit from the city by working with the HPC to keep the outside appearance of their home historical in nature. They can also work to get an incentive from the city for work completed on the home, which has to meet historic standards. These two programs are voluntary.

Scott added that 30 percent of residents in a neighborhood must be interested in forming a historic district. This request is then forwarded to the HPC, who makes a recommendation to the city council. Before the council meeting, the city sends out a notice to all residents that are affected, so they have the opportunity to address the board. The council then reviews the recommendation.

Resident Vicky Highland praised the work of the HPC but stated that individual property rights are more important.

“We are a republic (and) people that have purchased those new homes did not agree to follow the historic society rules,” Highland said. “In a republic, individuals have property rights. Fifty-one percent of the republic should not be able to tell an existing property owner what they should do with their property.”

Resident Jane Wade, who lives in the Hawkins House with her husband, told the council that an overlay district is a valuable tool because it adds value to the community over time.

“Prior to moving to Waxahachie, I lived in a historical district with overlays in Fairmount in Fort Worth,” Wade said. “My experience in living in a historic district is a very positive experience. All of the positive benefits could be realized by neighborhoods in Waxahachie.”

Wade stated some of these benefits include protecting the owners of historic properties, increased property values, and environmentally friendly housing. This is due to the reuse of existing building materials and architectural features in the home.

Wade noted that aesthetically, cohesive, and well-designed districts’ are an asset to a community. It also allows residents to help shape the future of the city.

Historic Waxahachie, Inc. President Kathleen Bowen told council members that these districts will protect history for future generations to enjoy by setting the standard of care and restoration.

“The overlay district will allow residents that actually live in the district to have a say in the process because the review board will be made up of citizens that live in those districts,” Bowen said. “If we don’t have these overlay protections the charm and the unique character of our city will be destroyed.”

She added that once these historic resources are lost they can never be gotten back.

In other business the council:

‒ Approved an ordinance ordering an election to be held to elect three city council members, provide for a joint election with Waxahachie ISD, and a provide a contract for election services with the Ellis County Elections Administration.

‒ Approved an ordinance regarding the adoption of a step pay plan for the police and fire departments.

‒ Tabled a request from Brandon O’Donald with Pape-Dawson Engineers for a preliminary plat of the Dove Hollow subdivision for 610 residential lots and 19 open spaces to be located south and west of Grove Creek Road and east of U.S. Highway 77.

‒ Took no action on a landscape plan for the Dove Hollow’s subdivision.

‒ Approved a request from Amber Caverly to close Jefferson Street from Rogers to College Streets from 8 a.m. – 6 p.m. for the Craft Beer Festival to be held on June 16.

‒ Approved to authorize a resolution for a budget amendment to increase appropriations in the Utilities Department water-operating fund. The increase was for $30,786 for engineering design services associated with the replacement of a clarifier at the Howard Road Water Treatment Plant.

‒ Approved a development agreement with WP Legacy Limited for the construction of Garden Valley Parkway extension through the Buffalo Ridge subdivision.