Waxahachie, TX - None of the three occupants of a Waxahachie-based multi-business location are directly connected to the federal investigation conducted last week by the FBI and IRS.

A spokesperson with one of the firms confirmed the raid to be in relation to a Dallas-based business.  The government agencies raided the office building Tuesday morning, Feb. 6 in the 200 block of W. Second Street.

The building contained the offices of McDonnell Coates, LLP, McDonnell Richardson, CPA, and Steve Burnett, attorney at law. At the time of the raid, neither the FBI nor IRS commented on which business was under investigation.

Files and documents could be seen in boxes, bags, and plastic containers near the front door of the business. Members of the FBI and IRS were stationed at locations in and outside of the building. 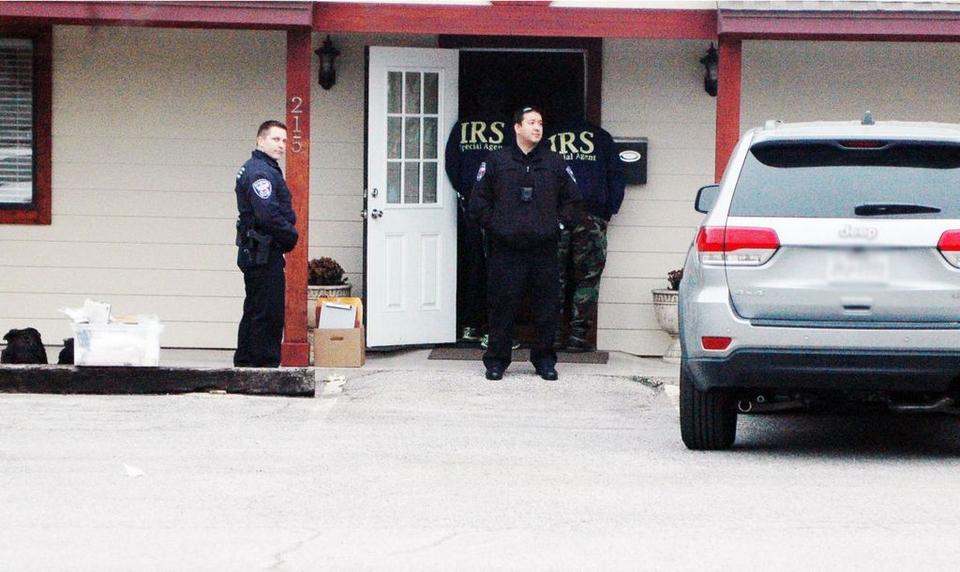 “Regarding the businesses at 215 W. Second Street, the IRS was there on official business, but we are unable to comment any further,” IRS spokesperson Robyn Walker said via email.

A spokesperson with attorney Steve Burnett told the Daily Light Tuesday, Feb. 13 that the office was not involved in the raid.

Destiny Biron DeLeon, who is the Practice Manager with McDonnell Richardson, stated neither the firm nor McDonnell Coates was the subject of the investigation. Both are cooperating fully with all information requested.

“The investigation was initiated by federal authorities in their Dallas office,” stated DeLeon via email Wednesday. “Our understanding is that this individual is not a client of McDonnell Richardson, CPA but has had some business dealings with a few of McDonnell Richardson, CPA’s clients. It appears that the purpose of this federal visit was to gather information about the subject individual’s activities.”

DeLeon thanked the firm’s clients, friends, and members of the community who have reached out to express concern and support. She added that the firm would to continue to serve the community.

According to the McDonnell Richardson website, the firm was established in 2003 and can meet a person’s tax preparation, tax filing, accounting, payroll, controller services, and commercial property tax dispute needs. The McDonnell Coates website states that it was also founded in 2003. Some of the legal services the firm offers include business law, tax structuring and asset protection, estate and fiduciary litigation, estate planning, family law, probate law, tax attorney, and IRS audits and litigation.

Waxahachie Assistant Police Chief Joe Wiser stated the FBI asked the department to provide a few officers for traffic control. He explained the procedure to include local law enforcement is a common practice. Cones and Waxahachie police vehicles blocked the entrances to the parking lot of the building while it was searched.