Waxahachie, TX - A tip from a concerned resident led Waxahachie Police to the seizure of 73 roosters and the discovery of a potential cockfighting operation Sunday morning. 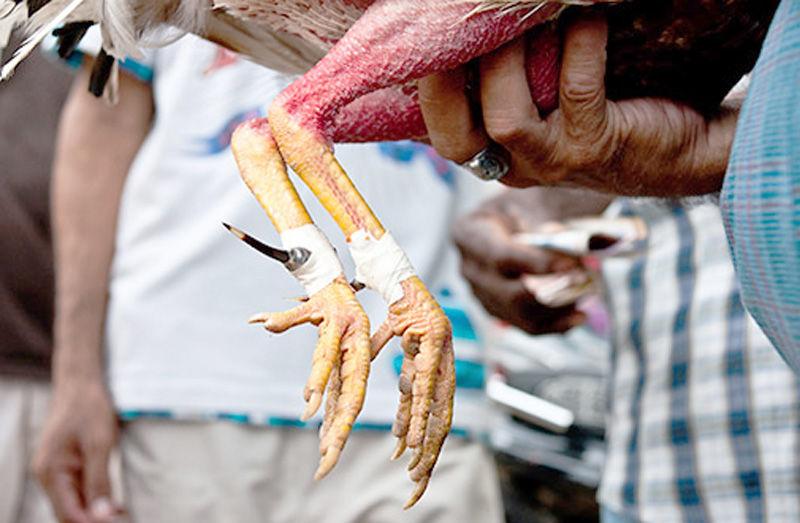 “When our officer arrived, several people ran off into a wooded area nearby. There were about 15 vehicles parked on the property,” Waxahachie Police Lt. Todd Woodruff said. “Officers were able to locate a few of the persons and, in talking to them, determined that they had indeed gathered to watch a cockfight that was about to take place at the location.”

Woodruff said detectives were able to secure a search warrant for the property and mobile home. Along with the roosters, officers seized several gaffs, which are small metal spurs that are attached to a rooster’s leg for the duration of the fight.

Waxahachie Animal Control officers assisted with the removal of the birds. The Texas Department of Public Safety searched the area with a helicopter to locate people those who ran from the scene. Ellis County Sheriff’s deputies also assisted on the call.

“We ended up detaining and questioning several people, including the homeowner,” Woodruff stated. “It ended up being an all-day operation.”

Woodruff explained that Texas Penal Code 42.105 states attending a cockfight as a spectator is a class C misdemeanor. Directly causing the birds to fight, or participating in the earning of the fight, is a felony. Allowing the use of a building or land for the purpose of cockfighting is a class A misdemeanor.

Sunday marked the second cockfighting-related violation in Ellis County over the last year. The previous Daily Light report stated Ennis Police arrested a Dallas resident. Officers found three crates of live chickens and a plastic bag containing gaffs during a search of the vehicle. The driver was believed to be associated with a cockfighting ring.