Waxahachie, TX - Tyron Davis and Rodney Ramsey are no strangers to the law. Well, they at least are not new to the wrong end of it.

Davis, a Democratic candidate for justice of the peace precinct 3, and Ramsey, a Republican hopeful for Ellis County Judge, have had to surrender their peace officer licenses because the actions that led to their arrests.

An Ellis County jury convicted Davis, then Ellis County Constable Pct. 3, June 16 on charges stemming from his election campaign. The terms of his conviction stated Davis would be sentenced to two days in jail but given credit for two served and fined a $1,000. He would also have to voluntary and permanently surrender his peace officer license, resign as Ellis Pct. 3 constable, accept the verdict returned by the jury, waive his right to appeal, waive his right to a new trial and pay court costs totaling $2,469.20.

He resigned from the county following the verdict.

Davis was elected May 24, 2016. He was sworn-in Jan. 3, 2017. Not long after, it was discovered Davis had photoshopped his head onto the body of Michael R. Campbell’s reelection photo, who is a Tarrant County constable. The picture showed Campbell in full law enforcement uniform with a shoulder emblem with the word “constable” and a badge visible on the document.

On April 25, 2016, a grand jury agreed Davis knowingly failed to affix his signature, his own name — in printed form — and/or his address to an application ballot by mail for six individuals. At the time Davis was registering residents of Renfro Healthcare Center in Waxahachie for mail-in ballots.

Following his conviction, Davis told the Daily Light “I feel that (the verdict) wasn’t served by my peers, you know, it was more of the opposite, you know, white,” said Davis to the Daily Light in the courtroom after the jury was dismissed. “You know, the majority, and I just don’t think it was justice.”

When asked if “white” referred to the jury consisting of six Caucasian members, Davis responded, “Absolutely. At least, probably, one Hispanic.”

The Rodney Pat Ramsey for County Judge campaign recently issued a mailer that touts Ramsey’s plans to serve as a “watchdog” of taxpayers’ dollars and “experience in law enforcement.”

“Because of Rodney Ramsey’s experience in law enforcement, we can rest assured that no city in Ellis County will become a sanctuary city,” the mailer reads. “Rodney will work with local, state and federal law enforcement to help keep our families safe.”

However, Ramsey is no longer a law enforcement officer. Before voluntarily surrendering his badge as part of a plea agreement with the Ellis County District Attorney’s office, Ramsey served 15 years and eight months as a peace officer, according to his Texas Commission on Law Enforcement records. Five years and three months of those were served as a reserve officer. He served three stints with the Lancaster Police Department, once with Waxahachie (Feb. 15, 1982—May 17, 1983), as well as Kennedale, Wilmer, Maypearl, Cockrell Hill and Red Oak Police Departments.

The final stint came after he was indicted by an Ellis County Grand Jury for tampering with physical evidence. Ramsey avoided a conviction by agreeing to a plea agreement Nov. 3, 2000.

According to court documents obtained by the Daily Light, Ramsey was alleged to have possessed a controlled substance — namely cocaine and marijuana — while working as a peace officer.

The terms of the agreement lowered a felony charge to a Class A misdemeanor for abuse of official capacity, which he pleaded guilty. He was fined $2,000, sentenced to serve two years of community supervision and credited eight days in jail. He was also required to deliver a letter that voluntarily surrendered his peace officer’s license to the Texas Commission on Law Enforcement.

The legal issues arose in early December 1995 after an Ellis County deputy constable gave a statement to Waxahachie Police that claimed Ramsey took cocaine from a two-kilogram bust.

While on routine patrol Dec. 5, 1995, two Ellis County deputy constables pulled over a green Mercury Cougar with a male and female inside, the court documents obtained by the Daily Light state. The male refused a search but a drug canine alerted the deputies to the rear quarter panel. A search of the vehicle resulted in the seizure of nearly two kilos of cocaine.

The Texas Department of Public Safety Crime Lab in Garland later reported the two packages of cocaine to weigh 961.50 and 954.50 grams, each.

One of the deputies while on the way back to the station in Midlothian called Ramsey to inform him of “another load,” reads the voluntary statement given by the deputy.

“He (Ramsey) showed up a short while later,” the statement reads. “Ramsey carried the cocaine from the Cougar to inside of the office. He said he wanted to cut into it to see what it was.”

It was at this point that multiple officers recalled Ramsey — by way of voluntary statements — first pulling out his personal knife and attempting to cut the packaging of one brick. He then stated his knife was too dull and used one from another deputy.

After the newspaper reporter left, the statement reads “Ramsey removed a cellophane cigarette package and I looked at him funny. He then put some cocaine from the kilo into his clear cellophane bag. I told him not to do that but he said nobody would ever know. I told him not to because it would count against my weight. He told me to get an envelope and he put some more cocaine into it for me. He told me it was ‘true Colombian cocaine.’ He wiped the table clean with his fingers and put it in his mouth. He then put his bag of cocaine in his shirt pocket and left.”

The following day, Dec. 6, the deputy was at home and planned to complete the offense report when he remembered having cocaine in his pocket. He snorted the substance at approximately 1:30 p.m. and then, sometime between 9-10 p.m., went to get food, according to his statement. It was at that time the deputy claims two cars began following him and he became frightened, wrecked the car and phoned a fellow officer.

The officer who was phoned — and Ramsey — met the deputy at a nearby gas station. 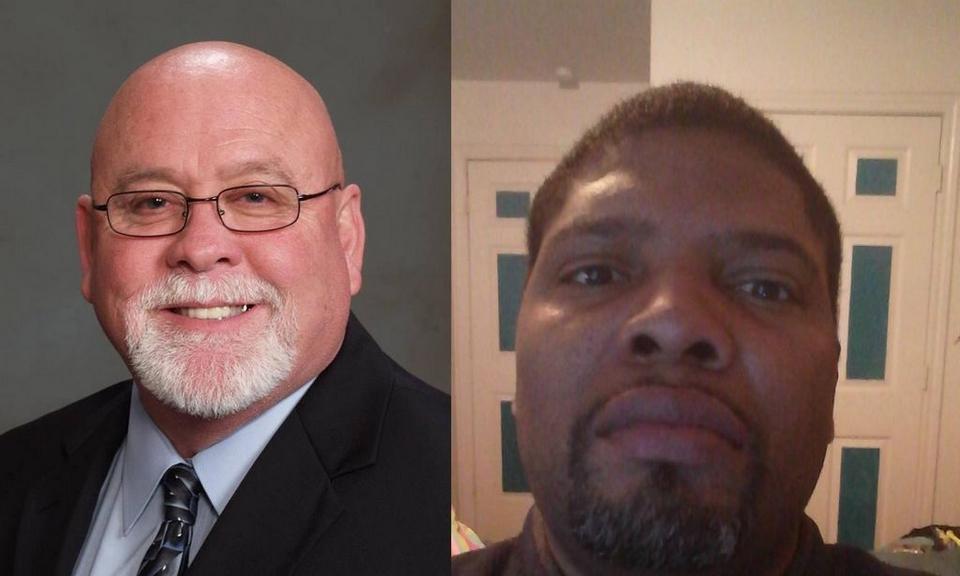 Multiple statements given by responding officers recalled Ramsey putting his arm around the deputy and walking him around to the passenger side of his (Ramsey’s) car.

“He said nobody has to know about this and I told him to give the cocaine back. He changed the subject. He said if he burns then I would burn.”

The deputy gave his statement to authorities the following morning, Dec. 7, 1995. At approximately 7:45 a.m. he, under the direction and supervision of Waxahachie Police investigators, called Ramsey.

The deputy told Ramsey he felt guilty and wanted to put the cocaine back with the seized packages.

“I feel funny about it, Rodney,” a transcript of the phone call reads. “Nothing personal, you know.”

Ramsey responded, “No, other than you’re jeopardizing your and my f****** career, you know. Nothing personal.”

The deputy then suggested they return the cocaine and claim it fell out of the packaging in the back of the squad car.

Ramsey responded, “Alright man, I thought, I thought everything was cool on this deal but you can’t handle it, so you know, you come get your shit and that’s cool.”

Ramsey later added, “Nobody knows anything at all, okay, except you, and you’re making an issue out of something that’s a non-issue. The problem is you’re bringing it up at a time that you don’t need to bring it up. I covered for you last night to everybody, you know.”

The phone call ended with the deputy telling Ramsey he needed to get some sleep. Ramsey agreed.

A written statement was given by one of Ramsey’s family members on Dec. 8, 1995. It claims Ramsey asked his brother-in-law to flush the cocaine, to which the brother-in-law responded, “F*** you. I am not going to jail for you.” He further stated Ramsey then phoned his wife who flushed the cocaine. The family member then contacted the Waxahachie Police Department.

According to the warrant for search and arrest, the residence was believed to have “illegal drugs kept, prepared, or manufactured in violation of the laws of this state, including but not limited to cocaine, drug paraphernalia, and any instruments or implements used in consuming or using said illegal drugs.”

The warrant also noted that Ramsey allegedly tampered with physical evidence (cocaine) obtained from a traffic stop, conceal a portion of illegal narcotics (cocaine), and impaired its availability as evidence in the investigation.

The search returned one shirt and a pair of pants that a Drug Enforcement Agency lab found to contain trace amounts of cocaine in the pockets. The search also located one bag of usable marijuana and two packages of rolling papers.

Ramsey was eventually indicted by an Ellis County grand jury for tampering with physical evidence, which is a felony. The indictment stated Ramsey knowingly concealed a portion of cocaine evidence with intent to impair its availability as evidence in the investigation.

Ramsey signed a plea agreement Nov. 3, 2000. He has since had a request for the plea agreement to be modified and a filing for nondisclosure — both denied by Ellis County courts.