Waxahachie, TX - Since opening its doors in 2014, Baylor Scott and White Medical Center – Waxahachie continues to draw a record number of patients from around the area. The influx has allowed the hospital to open the sixth floor of the bed tower nearly four years earlier than anticipated.

The personal touch and individual-centered care have led to Waxahachie becoming a beacon for healthcare over the past few years, and now staff can treat more patients with the additional beds. 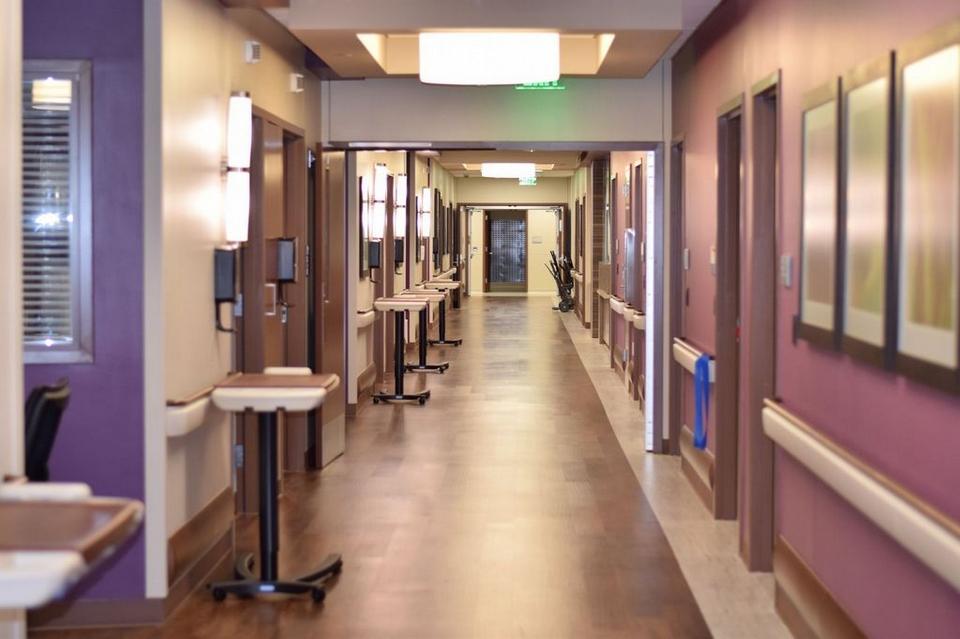 President Chris York said the growth had caused the timetable to be moved because space is critical in maintaining the hospital’s high level of care. When the hospital first opened, the sixth floor was roughed in and planned to be finished at a later date — like as in 2022. Construction began in October 2017 and provided the hospital a total 129 additional beds.

“We opened the sixth floor in January. It has 25 additional patient beds. There are 13 that are general medical-surgical beds. Then the other 12 are progressive care unit beds, which is a step down from ICU to a general bed,” York explained. “Then on what would be the East end of the wing we put an inpatient dialysis suite, which increases our capacity for inpatient dialysis by about 150 percent. That was desperately needed because there is a great need for it in our community.”

York continued, stating another resource of the sixth floor is the outpatient infusion center. This center allows people to receive treatment like antibiotic therapy and has increased the hospital’s ability to provide this type of treatment by 150 percent.

Before the construction, the hospital was running at about 95 percent occupancy out of the 104 beds that it had available.

As of now, a discussion is underway to construct a second bed tower. If the bed tower is approved, the design could start sometime after July with construction taking place over 18 to 24 months.

In a previous Daily Light article, York explained that the second bed tower would run parallel to the existing bed tower, but will run back east toward U.S. Highway 77.

During this time of growth, the hospital was awarded a five-star rating from the Centers for Medicare and Medicaid Services. In the annual survey 4,500 hospitals nationwide are evaluated. Of those hospitals, 337 earned this status, which included Waxahachie, according to York.

York shared since moving from the Jefferson Street location, staff had to be increased from 337 to more than 850 due to the growth in patients the hospital receives. He attributes this continued growth to the high level of care given to patients on a daily basis.

“I think that a big part of it is to have the capacity to care for folks at the new location is fantastic, but I think that the biggest thing is the culture that we are building here,” York explained. “We talk a lot about loving one another on a daily basis, not just or patients but our colleagues and team members in the community. That takes a lot of different facets.”

He noted part of this is delivering on the promise of affordable healthcare. So when the patient goes home, it is easier on their wallets.

York stated the hospital continues to attract professionals both from inside and outside the county to bring their talents to Waxahachie. Some of these physicians specialize in the fields of primary care, neurology, surgery, and oncology.

York added that he is thankful for all the hard work put in by team members who have created a culture of healing and care.