Waxahachie man, 18, sentenced to 6 years in prison for aggravated robbery

Waxahachie, TX - When Judge Cindy Ermatinger asked 18-year-old Austin Lee Loper if he was guilty to the charge of aggravated robbery, his only response was “yes.”  The Waxahachie resident accepted a plea agreement from the Ellis County and District Attorney’s Office

on Tuesday morning in the 443rd Judicial District Court and was sentenced to six years in a state jail facility. 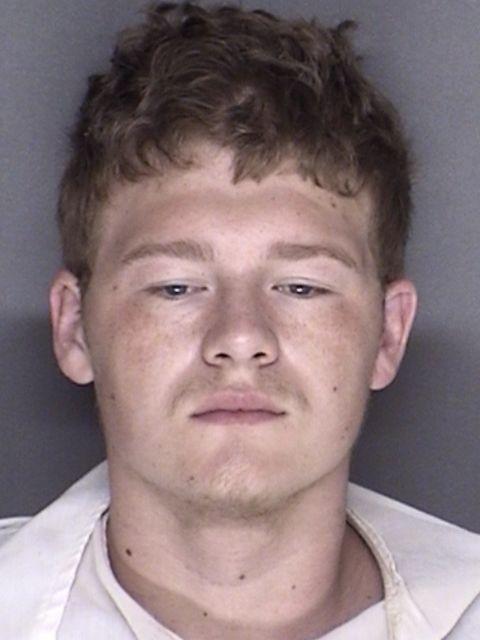 During the sentencing, Ermatinger affirmed Loper used a firearm during the commission of the offense. Loper will have to serve three years before he is eligible for parole.

According to a previous Daily Light article, Loper was involved in an aggravated robbery where a Waxahachie resident was held at gunpoint in their home. The incident took place at 5:34 p.m. in the 1200 block of Lone Elm Road in Waxahachie on March 28, 2017.

Ellis County Sheriff’s Sgt. Joe Fitzgerald previously said that, during the incident, Loper, Jacob Safford, 19, and Aaron Stover, 18, entered the home with an assault rifle and demanded money from the resident who they held at gunpoint. Todd Eugene Mayben, 21, and Savannah Donna Yeager, 18, waited outside in an orange-colored vehicle.

Fitzgerald said the victim identified two of the suspects. The stories from the two identified suspects corroborated after ECSO deputies had them in custody and helped to locate the remaining three suspects, as well as items taken from the home.

Court records show that Yeager accepted a plea agreement on Nov. 9, 2017. She was placed on deferred adjudication for 10 years, given a $2,000 fine and 720 hours of community service.

Safford and Stover pleaded guilty and were sentenced to five years in prison on Nov. 9, 2017. Mayben’s case is set for jury selection on July 16 in the 443rd Judicial District Court.

Loper’s attorney, John Perkins III, declined to comment on the events that took place in court.