Waxahachie, TX - Technology will be at the forefront of surgeries at Baylor Scott and White Medical Center in Waxahachie.  The hospital’s newest tool, the da Vinci Surgical system, uses robotic arms that allow surgeons to operate with greater precision, control, and enhanced vision.

The robotic system — currently being installed at the hospital — is hoped to be available for surgeries within the next three weeks. 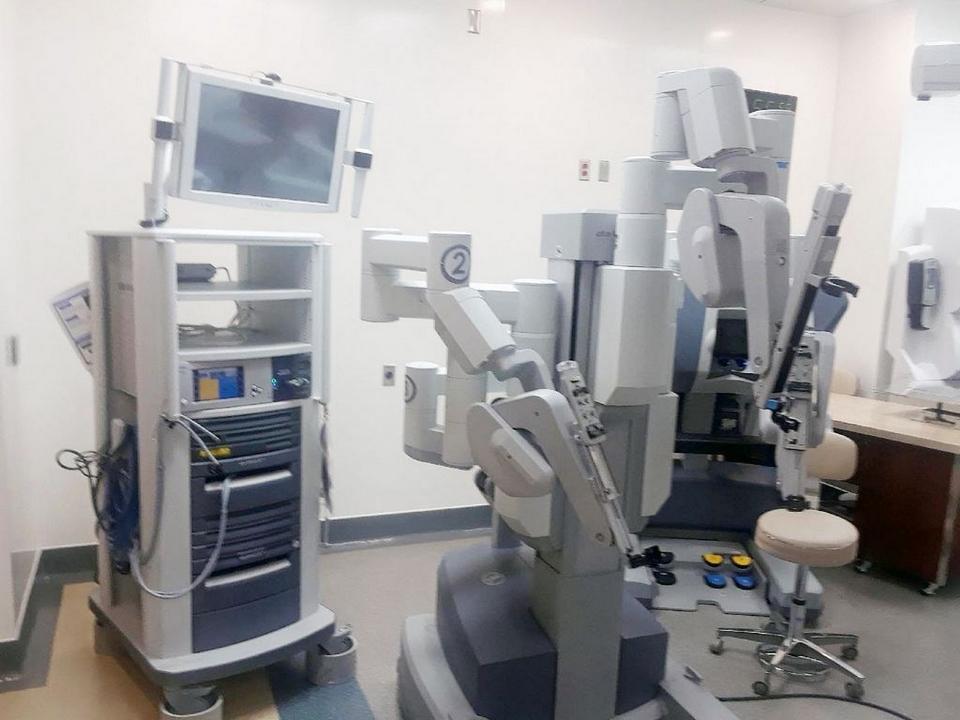 Dr. Roye Watson, a general surgeon, stated the technology would expand the hospital’s ability to care for the community in certain complex operations. He noted that most of the surgeries done today are minimally invasive, which use small incisions on the patient.

“We can do lots of things with the da Vinci. It adds wrist articulation to the procedure so you can turn corners and have more flexibility,” Watson said. “The da Vinci has binocularly, which is 3D. So you are looking through (binoculars) instead of through a television screen.”

The Intuitive Surgical website states the da Vinci can be used for cardiac, colorectal, gynecologic, thoracic, urologic, head and neck, and general surgeries.

The robot uses tiny wristed instruments that bend and are able to rotate far greater than the human hand. The movements by the surgeon’s hand are translated by the robot to create precise movements.

The surgeon sees the area they are working on in 3D high-definition vision video. During the operation, the surgeon remains in complete control of the system at all times.

“With the robot, after you get the equipment in place at the patient’s abdomen, you go sit at a console looking at a monitor working with your fingers controlling these robotic arms. You are a little bit removed from the patient working remotely,” Watson said. “The visualization is so good it does not matter that you are six feet away from the patient. It is very interesting stuff.”

Watson stated surgeons have to go through 40-60 hours of training. Some of the training involves practicing on animals and cadavers. Once their skills have progressed, surgeons are proctored through several procedures with live patients before they are able to do it on their own.

Watson has practiced medicine in Waxahachie since 1988. At that time, no surgeries took a minimally invasive approach.

“A lot of things that we do now don’t require surgery that we operated on way back then. Things continue to change all of the time. It is exciting times,” Watson said. “I have been fortunate to go through three different eras — open surgery to minimum invasive to robotic. Who knows what is going to happen next.”

Chris York, hospital president, stated the technology at the hospital would help to improve the quality of life for patients.

“The really cool thing is that patients that go through this surgery, their time to get back to work is shortened. The recovery time is cut substantially,” York explained. “So it is a fantastic tool for our surgeons.”

York stated there is so much involved with the robot that an entire surgical suite has been dedicated for its use.

York added the hospital has been looking to bring this technology to the community for the past few years. Through the capital budgeting process, they were able to acquire one this year, and it was delivered to the hospital on July 20. The investment into this equipment is around $2 million.

He noted the da Vinci is fully supported from Intuitive Surgical who will provide technical expertise and upgrades over the robots lifespan.

York added he is excited to have this new tool that will aid in the care of the community.

“It increases the sophistication for residents here in Ellis County,” York said. “When they come here for health care they are getting 21st-century health care. That is a game changer.”