Suspect at-large after robbing Compass Bank in Waxahachie on Thursday

Waxahachie, TX - A bank robber is at-large after fleeing on foot with an undisclosed amount of cash from a Compass Bank in Waxahachie on Thursday afternoon.  Waxahachie Police officers and Ellis County Sheriff’s deputies responded at approximately 3:15 p.m.

to a robbery in progress at BBVA Compass Bank, located at 1015 US highway 77 in Waxahachie. The bank is in the parking lot of Anytime Fitness and next door to Dickey’s Barbecue, across from the old Waxahachie High School. 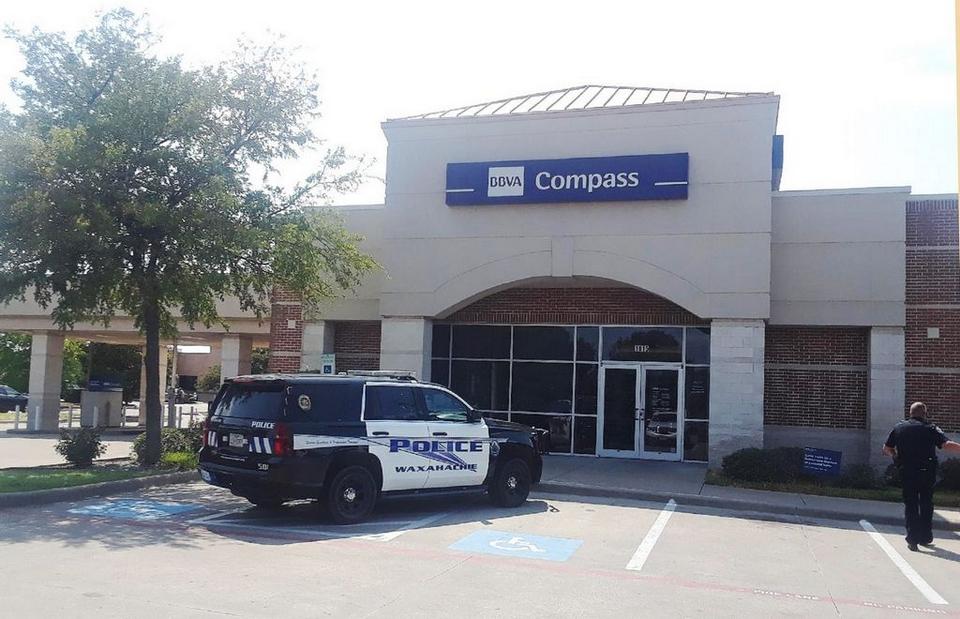 Waxahachie Police Lt. Marcus Brown stated the suspect passed a note to a bank teller that demanded an undisclosed amount of money.

“He received what he asked for and left the building,” Brown said from the scene. He added that no gun was brandished during the robbery and no injuries are reported from the bank.

The suspect is described as a white male in his mid-20s with a scruffy beard, black ball cap, grey long-sleeve shirt and dark sunglasses. He left on foot, heading north toward the US Highway 287 and 77 intersection.

“We are looking at leads and evidence left at the scene,” Brown added. “We are also interviewing people from the surrounding businesses.”

Anyone with information about the incident or the suspect’s identity can contact the Waxahachie Police Department’s non-emergency line at 469-309-4410. If you have information, but would like to remain anonymous, please contact Crime Stoppers of Ellis County at 972-937-7297.