Waxahachie, TX - The salary for the county judge will drop by $64,048 but not with the start of the new fiscal year on Oct. 1.  Instead, a decision made by Ellis County Judge Carol Bush to hold off on the salary cut until Jan.

1 means she will earn about $16,000 more over her last three months in office than the new county judge will in his first three months — or any three-month period thereafter.

The choice to reduce the salary before either of the two candidates to replace Bush in the upcoming election take office or, if a reduction is planned, why it is not starting with the new fiscal year, has left more than one elected official and the two successors a little puzzled. 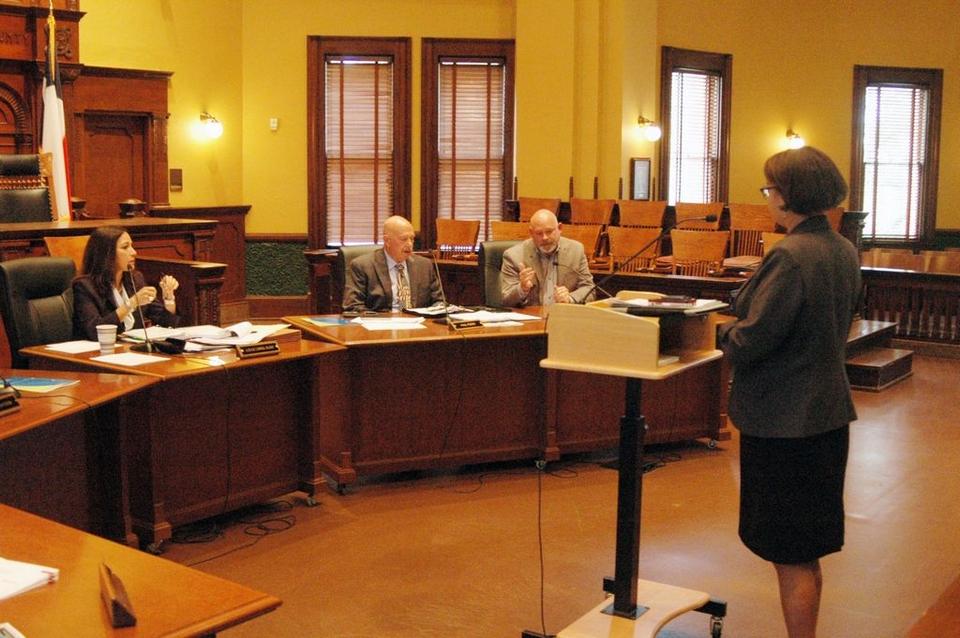 According to the now-published county budget, which was unanimously passed Sept. 11 by the Ellis County Commissioners Court, the salary for the new county judge for the 2018-19 fiscal year is $100,952. However, the budget notes the over $60,000 reduction is not effective until Jan. 1, 2019.

Funds totaling $52,500 from the reduction are allocated to the road improvement fund. The budget does not specify where the remaining $11,548 left from cut will go.

The new fiscal year also provides a two percent increase for elected officials. Through this action, the county judge will see a raise of $3,300, conference expenses of $3,000, and a travel allowance of $2,000.

Attempts to reach Bush for comment by phone to her office and cell, as well as text messages about the Jan. 1 salary reduction were left unreturned as of press time.

Two years ago Bush petitioned the salary grievance committee for an increase in compensation, stating at the time that her $94,835 salary needed to be comparable to the highest paid elected officials in the county — not near the bottom.

Local Government Code creates a process where elected county and precinct officials can challenge their salaries, expenses, and allowances set out in the proposed budget.

“It is a non-sustainable situation, and I’ve been asked that it be remedied, and I’m asking you all to remedy that,” Bush told the salary grievance committee comprised of randomly-selected Ellis County citizens listed in the jury pool. She also stated multiple times to the committee that the raise was not just for her, but to better compensate the next county judge for the long hours and responsibilities that can sometimes come in the middle of the night.

At the time of the grievance hearing, former State Representative Jim Pitts spoke in support of Bush and the raise. He explained it should not be approved strictly to benefit Bush, but for the next person in the position, so the county could “attract good, quality people.”

The nine-person grievance committee ultimately voted unanimously to raise the salary by $70,165 to $165,000 a year.

Precinct 3 Commissioner Paul Perry felt the duties and the salary tied to a public office are known factors.

“When you are in public office it should require some sacrifice. You ought to be trying to serve and not be an employee,” Perry said. “This was her decision, and we didn’t make that for her. That was in the final draft of the budget, and we all voted for it.”

Perry noted the funds awarded by the grievance committee, or even the $16,000 that will be netted by Bush before Jan. 1, could help with rising health care costs and employee raises.

Precinct 1 Commissioner Randy Stinson shared Perry’s thoughts about public service, stating “I knew what the pay was when I took the job, and so did the judge.” He explained there are a few needs in the county that the funds could help alleviate.

“There are lots of places that we can put [the $16,000 difference],” Stinson said. “There are constables that need cars. We kept punting that need down the road this year.”

Precinct 2 Commissioner Layne Grayson stated the county judge ultimately lays out the county budget but declined to comment about what the funds from the salary could be used for in the future.

“All that was in the budget was a statement,” Grayson said. “Court action is required to lower a salary.”

Commissioner Kyle Butler, Precinct 4, believes the clause was placed into the budget so the candidate who won could make the decision on what to do with the funds and “it just depends on who wins.”

Though both candidates to replace Bush in the upcoming November election had plans to reduce the salary once in office, JR Phillips (Dem) and Todd Little (Rep) agreed that her decision to drop the salary before either was elected is perplexing.

They also both agreed the county could use the funds sooner, rather than three months from now.

“Regardless of whether it happened now or after I get into office, I was going to bring the salary down,” Phillips said. “There are things that the county could do with that money if she were to elect to do it (the reduction) immediately.”

Philips stated a department who would greatly benefit from those funds is the Ellis County Sheriff’s Office. He added the funds could also be used to implement new programs to aid both residents and municipalities.

Little criticized Bush’s actions of “not putting others before herself.” During his campaign Little advocated the return of the $70,000.

“The voters spoke loudly enough where the current administration reduced the salary,” Little said. “It looks like she is going to continue the (higher) salary for the three months while she is still in office. That goes to show she is not in touch with Ellis County voters.”