Waxahachie, TX - An NBC 5 crew on the scene saw light poles and signs down in the parking lot of the brand new Waxahachie High School. The school just opened this school year.

NBC 5 has learned several students were inside the school working on the set for an upcoming theater performance. A teacher had them take cover and none were injured. 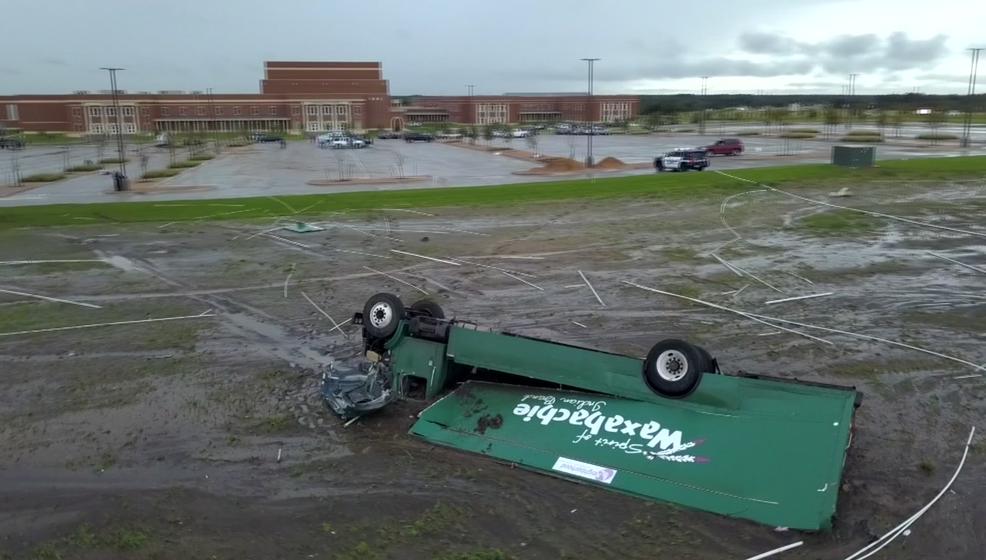 “My daddy instincts kicked in. I’ve been the teacher here for 17 years and all these kids are my babies… I wanted them to be safe,” said Andy Reynolds, the drama director with Waxahachie ISD.

Several students cars have damaged windows and the band bus was overturned int he parking lot.

The Waxahachie Fire Department said four or five light poles were down, a window was knocked out in the gym and some track and field equipment was thrown around. No injuries were reported.

Officials with Waxahachie ISD said they are hoping to have all repairs done as soon as possible. Students should be able to return to school next week without any issues.

Ellis County dispatchers say sheriff's deputies are on the scene but it's too soon to say if damage was caused by a tornado. Ellis County was under a tornado warning earlier in the afternoon.