Waxahachie, TX - When the Shadow Creek Pumpkin Farm flooded during the rainstorm that hit Midlothian two weeks ago, owner Amber Knott said she didn’t know if they would be able to recover. This past weekend, they reopened the farm for its second season.

“We were flooded in three different ways,” Amber said. “We had no idea if we would be able to reopen.”

Opening on her husband Dale’s 10-acre property in September last year, Amber said the couple hoped the farm would give residents a closer option for a pumpkin patch, so they don’t have to drive all the way to North Dallas. With an estimated turnout of about 25,000 people attending throughout their first season, Amber said she and her husband quickly realized that there was a need for the pumpkin farm in Ellis County. 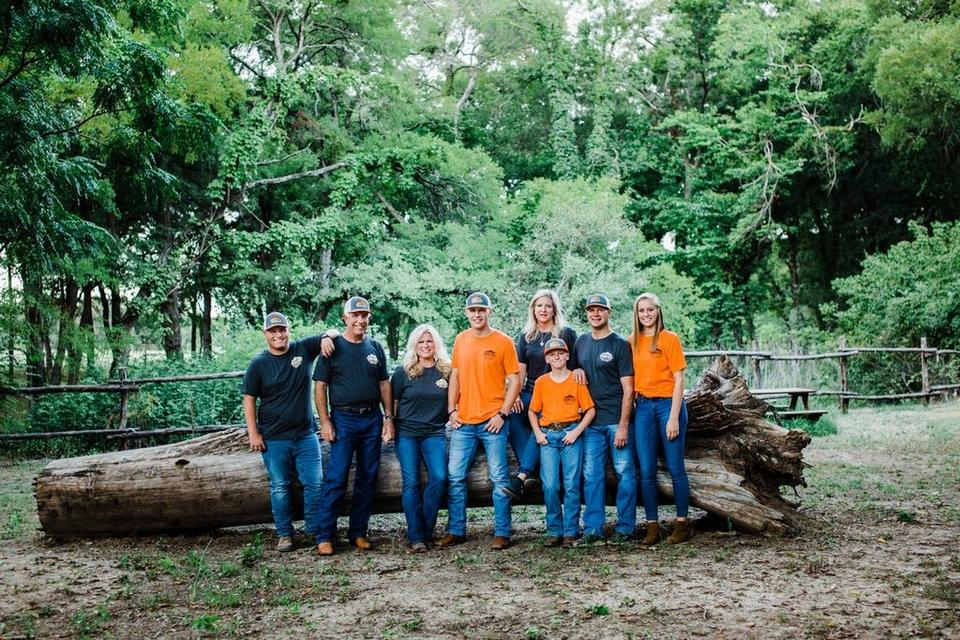 With their initial season running from Sept. 29 to Nov. 11, the Knotts were eager to add new amenities to the upcoming season and improve the pumpkin patch experience for their customers. They built a band barn to host live music, added zip lines and installed a 2,100-square foot jump pad that children could enjoy playing in.

Amber said she is excited about the improvements and looks forward to incorporating them into the new season.

Then the flooding happened. Amber said over three feet of water covered much of the pumpkin farm.

“It was devastating,” she said. “Literally, for the first 24 hours, all we did was assess the damage.”

One of the immediate things Amber noticed while she surveyed the land was that many of the farm’s attractions were missing. Several 200-pound picnic tables were washed out into the creek, while many of the food shacks were also shifted and needed to be rebuilt. The corn kettle machine was also swept away, while the dessert cooler had so much water buildup that the Knotts had to bring in a professional mechanic to try and fix it to get it working again.

“The water was so tall, it carried [the tables] over that cedar fence line to the other side,” Amber explained. “It moved everything.”

Amber said the response they got was overwhelming.

“As soon as the light started coming out Saturday morning, people were texting and calling,” Amber recalled. “People were like ‘I have a chainsaw and a tractor. When do you want me there?’”

Thanks to 25 volunteers and two weeks of down-and-dirty farm work, Amber said they were not only able to reopen the farm, but they were able to expand it. For one thing, they’ve added a television screen to the band barn. They also included Pecos Pete’s, a drink company whose beverages are named after Texas cities.

To Amber, their opening was more than just the start of the new season — it’s a thank you to the community for being with the farm every step of the way.

“Community is an important thing,” she said. “We’ve known that from the time we’ve opened, but we had hope, and we had the drive because of the way the community overwhelmed us with support.”

“There are people in town who have stopped me and said ’I’m not buying my pumpkins anywhere else,” she recalled. ”‘We’re coming to Shadow Creek.’”

The pumpkin patch is open 10 a.m. to 8 p.m. Saturdays and 1-8 p.m. Sundays. Day passes can be purchased for $10, while children under four enter for free. If you would like more information, go online to www.shadowcreekpumpkinfarm.com or call 903-271-0352.