Waxahachie, TX - A police pursuit ended with one man transported to the hospital by helicopter after his vehicle rolled over Friday evening on U.S. Highway 77 south of Farm-to-Market 55 near Waxahachie.

No fatalities were reported from the accident that occurred near Forreston, about 10 miles south of downtown Waxahachie. 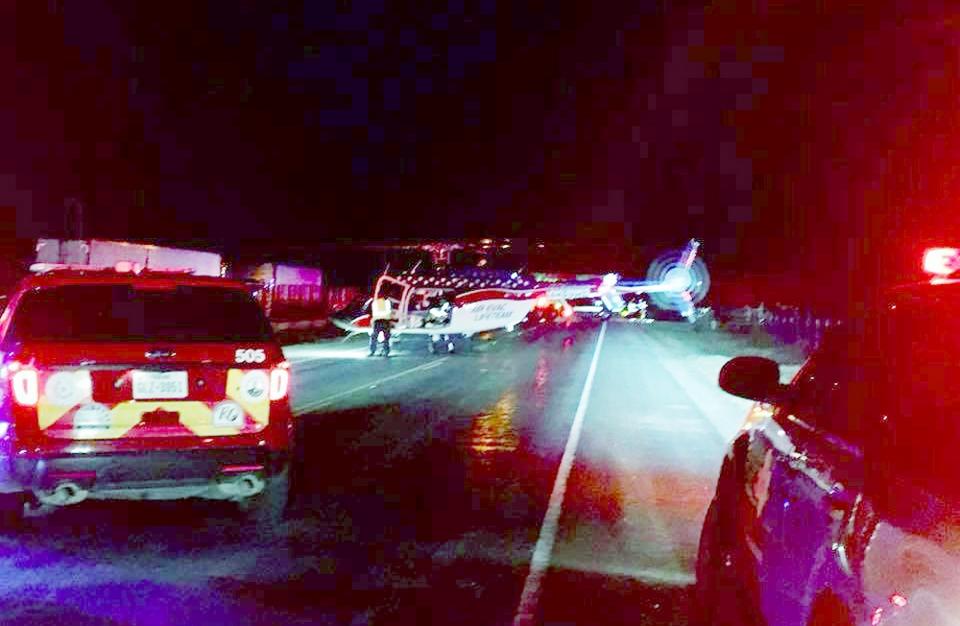 At around 7:30 p.m., a Blooming Grove Police officer found an automobile didn’t have any taillights and attempted to make a traffic stop on the vehicle. After the driver failed to yield right of way, the officer began a pursuit with the vehicle and chased it up FM 55 toward the Ellis County line.

“At that point, my officer went to try and get around him to be able to slow him down,” Blooming Grove Police Chief T.C. Lawhon said. “That was when the guy swerved over and made contact with the patrol car, causing the suspect’s vehicle to lose control and flip.”

Paramedics with Waxahachie Fire and Rescue responded to the scene at around 7:40 p.m. Paramedics requested that an air ambulance be launched to transport the suspect to Methodist Dallas Medical Center for evaluation.

“He did not appear to have any life-threatening injury,” Lawhon said. “It was just more of a cautionary flight.”

Lawhon said the suspect would be charged with evading arrest or detention in a vehicle and possession of marijuana. Waxahachie Fire and Rescue cleared the highway and all lanes were back open at around 9:20 p.m.