“The Chautauqua was in really bad condition in the early 1970s,” Simpson said. “Because of the rarity of how many of those original structures are still standing in the United States, she thought that would be a good project for the community to get involved. She was kind of the ramrodding force when the Chautauqua was restored in 1976.”

Simpson stated the brochure is the earliest program discovered from the Waxahachie Chautauqua. He said it listed all the programs and performers for the summer assembly from July 24 — Aug. 5, 1901.

He also outlined that there were over 50 display ads in the brochure as well, including one prominent advertisement from the Citizens National Bank. 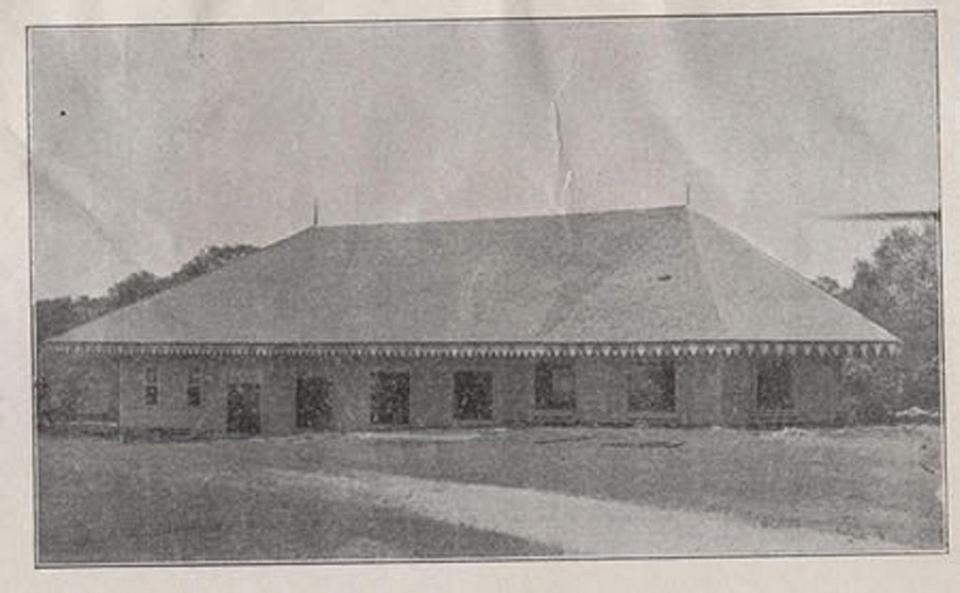 “It’s mainly advertising and text,” Simpson explained. “It talks about transportation, boarding and lodging, amusements, cots, camping. A lot of people camped in the park during this event, because it went on for 10 days.”

Simpson noted the most fascinating elements of the brochure is its age. Since the Chautauqua auditorium wasn’t built until 1902, Simpson explained that this brochure predates the building itself.

“This was before that building even existed,” Simpson stated. “There is a picture of the previous pavilion that was used. I had never seen a picture of it before.”

Simpson stated that the original pavilion was built in Getzendaner Park in 1889 and was later repurposed as a dining hall when the new auditorium was built.

Simpson explained that the Chautauqua originated as a spiritual campaign, but later evolved into more of an educational and entertainment movement. Simpson expressed that this brochure predates that transition.

“Judging by what is listed in this, it was still very much a religious movement,” Simpson stated. “There were people that actually traveled the Chautauqua circuit, traveling from Chautauqua to Chautauqua performing their specialty.”

Simpson said the brochure was scanned and preserved into the museum’s older archives, adding that this was one find that should not go remiss.

“You never know what you’re going to find,” Simpson remarked.

To learn more about the Waxahachie Chautauqua, go online at www.waxahachiechautauqua.org.