Waxahachie, TX - Over 70,000 Americans died from drug overdoses in 2017, according to the National Institute of Drug Abuse. Becky Vance could have been one of those statistics.

Her nephew, Scott, was one. So was Rosa Clark’s daughter, Catherine.

The largest contributors to drug overdoses are related to the use of opioids and fentanyl’s, which accounted for 47,600 deaths alone in 2017, according to the NIDA. And one of the most prolific contributors to those overdoses is Purdue Pharma, a privately-owned pharmaceutical company that created the painkilling drug, Oxycontin, in 1996.

The company was found guilty of misleading the public about Oxycontin’s risk of addiction in 2007 and paid out $600 million in one of the largest pharmaceutical settlements in history, according to documents filed in the Western District Court of Virginia, with three of its executives also charged criminally and sentenced to 400 hours of community service in drug treatment programs.

But Purdue Pharma’s influence did not stop in West Virginia. Addictions to opioids spread out to several cities in Texas – including over 200 cases in Ellis County.

According to the Centers for Disease Control and Prevention, there have been 211 drug overdose deaths in the past five years in Ellis County, with approximately 60 of those related to opioid use.

“Two-hundred-eleven is 211 too many,” Vance expressed. “What they did was absolutely horrific.”

More recently, the Ellis County Commissioners Court took legislative action to file a formal lawsuit against Purdue Pharma — joining 59 other counties and 35 other states in pursuing legal action against the pharmaceutical company. 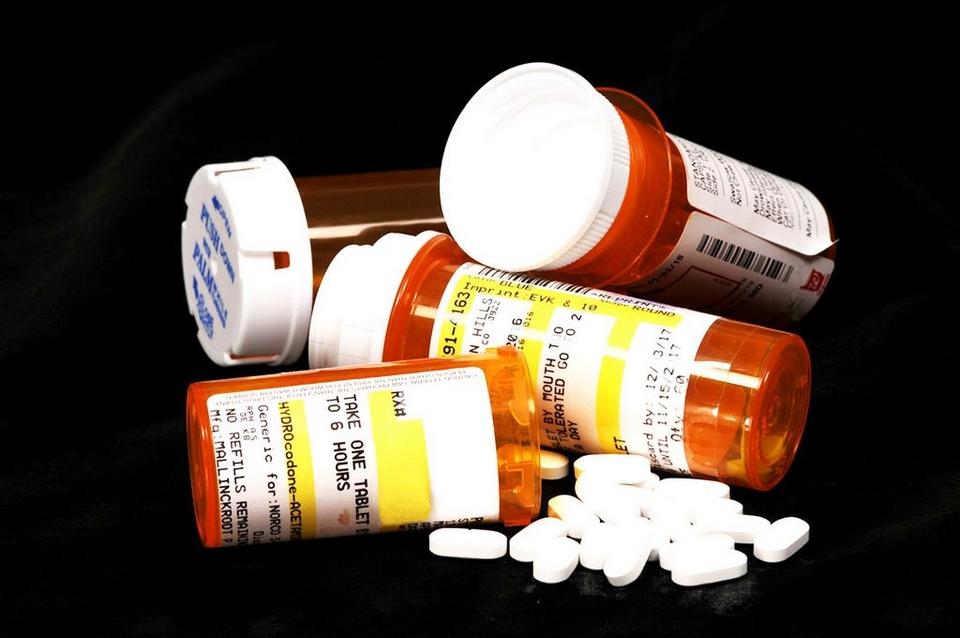 Vance was 12 years old when she had her first drink of alcohol. Living overseas at the time with her parents in the Netherlands, Vance stated she had easy access to Hashish, which was a drug made from the resin of the cannabis plant.

“The younger you start drinking or taking any drugs, the more likely you are to become addicted,” Vance expressed. “If your parents have a problem with addiction, that’s another risk factor. I had both of those.”

Vance explained she moved back to the United States during her college years. That was when her plunge into other substances really took a hold of her — especially prescription drugs. Vance explained that she consumed several over-the-counter drug medications, including Valium, Xanax and Vicodin.

“My drug of choice was ‘more of anything,’” she expressed.

Vance continued consuming opioid products for several years after, up until when she turned 30 years old. At that point, Vance said she had to come face-to-face with her realization that she had become addicted to the substances she was on.

Luckily, Vance’s health insurance was able to cover her treatment and she successfully recovered from her addiction. Her nephew, Scott, however, wasn’t as fortunate. He had grown to become so severely addicted to opioid substances that — no matter how hard Vance tried — she couldn’t help him as he plunged deeper and deeper into his obsession.

“He was the only nephew that I had,” Vance recalled. “We tried to help him. We put him through treatment seven times, maybe more. He was just 34 years old, but he had been using drugs since he was 12 or 13. My sister has never been the same since.”

Clark had a similar experience with her daughter Catherine. She was the oldest of four children, and she recalled her being a straight-A student in high school.

Then she started hanging a crowd that introduced her to marijuana and alcohol. Clark recalled that Catherine got pregnant right out of high school and moved in with her boyfriend.

In 2016, Catherine called her mother and made a confession — she had been using and become addicted to heroin.

“The following year and a half was complete hell for her and I,” she continued. “She just became completely submerged in her addiction. Mostly heroin, then meth and pretty much anything else she could get her hands on.”

In November 2017, Clark got a call from a homicide in detective in Dallas that she never wanted to receive. She was told that they found her daughter had died from an overdose and that her body was dropped in a remote alley in Dallas.

“It’s heartbreaking to watch your child break down in front of you,” she expressed. “I just felt completely helpless.”

Ellis County commissioners recently took three actions during their recent court meeting to enlist in outside legal services to initiate proceedings in state court against Purdue Pharma for fraudulent marketing and sale of its highly-addictive, opiate-derived painkillers.

Although they’ve just recently taken legislative action in regards to ongoing litigation against Purdue Pharma, Ellis County and District Attorney Patrick Wilson stated that he’s been aware of the issue for much longer. He noted how often drug-related deaths come across his computer screen.

“I had been aware for years that this was going on,” Wilson expressed. “Every autopsy report that’s generated for a death in Ellis County comes across my desk. I may have five or six or a dozen, but it’s stunning to me how many times I see opioids are a factor in people’s deaths. It really is remarkable.”

One reason, in particular, Wilson remarked, why the county is pursuing legal action is because of the expenses drug overdoses can cost local taxpayers in the county. According to opengov.org, a local government’s public safety costs can increase by an average of one percent, or $150,000, per every three fatal drug overdoses.

“A lot of the costs of opioid abuse are actually born at the local level by local taxing entities,” Wilson remarked. “Consider what happens with a single overdose. Somebody calls 911. What happens? You have first responders who appear. You potentially have hospitalization costs. If they’re indigent, those costs are born by the county at the local level. The costs of the first responders are born by the local government.

“If there is a crime that is related to the possession of opioids, those are costs that are born by the criminal justice system through direct jail costs associated with housing people. This is a very micro-level cost that’s being born by local taxpayers.”

Wilson stated that they contacted the Dallas-based law firm Ferrer, Poirot & Wansbrough last summer to retain their legal services in representing the county for the upcoming litigation.

“This has been a long time coming,” Wilson stated. “There was nothing rash about getting to this point by any means.”

THE ROAD TO RECOVERY

While several thousands of drug overdose-related deaths occur each year, Vance wants people to know that being addicted is not a hopeless situation.

She said that over 23 million people in the United States are currently recovering from drug addiction – and if she could be saved from her addiction, so could they.

“That’s an important thing to know – that recovery is possible,” she expressed. “It’s never hopeless.”

However, she noted the first step to recovery is acknowledging that you have a problem. Vance recommended that those suffering from drug addiction, opioid or otherwise, that those addicted reach out to anyone, whether it’s a doctor or a close friend or a drug prevention organization.

Clark herself continues the conversation in her workplace. As a Corsicana Police officer, she stated that she comes across several people who have been stuck in situations similar to her daughter.

She tries to provide them the same help that she tried to give Catherine several years ago.

“I have this whole new perspective,” Clark stated. “I carry my daughter’s picture right there in my windshield to where they can see it from the back of my car. I’m sharing her story, telling them how this might end up or you.”

“There’s so much stigma attached to addiction,” she expressed. “Everyone thinks of them as dirty little junkies – but that’s somebody’s kid.”

Wilson stated that the effects of the ongoing opioid crisis are far-reaching and deeply devastating. The county, he said, needs to take charge on holding these companies accountable for neglecting the harmful impact that opioid abuse can have on communities like Ellis County.

“I think many people are aware, generally, of the crisis,” Wilson expressed. “But I think few people grasp the local cost of that.”

But regardless of how the lawsuit pans out, Wilson said those overdoses will continue to impact the families and communities within the county. Clark said it’s up to individuals to help each person suffering from addiction and guide them through recovery.

“It’s a big battle to fight,” Clark expressed “It’s huge. Way bigger than me. But even if it saves one person, you never know the impact that your story can have.”

Drug Prevention kits and resources can be accessed through Vance’s nonprofit, Drug Prevention Resources, online at drugfreegeneration.org. DPR’s local resource is IMPACT Waxahachie. If youor someone you know is suffering from drug addiction, call 1-800-989-3774 or email .