Waxahachie, TX - A parade of floats, bands, cheerleaders and other local revelers are expected to line the intersection of E. Jefferson and S. Aiken streets in Waxahachie on Martin Luther King Jr. Day to celebrate the life and legacy of the civil rights icon.

The King Day Celebration march through the city, presented by the National Association for the Advancement of Colored People local chapter 6240 and the Interdenominational Ministers Alliance Action Committee, will make its way to Jim Street Christian Church at 108 Jim St. where the festivities will continue. 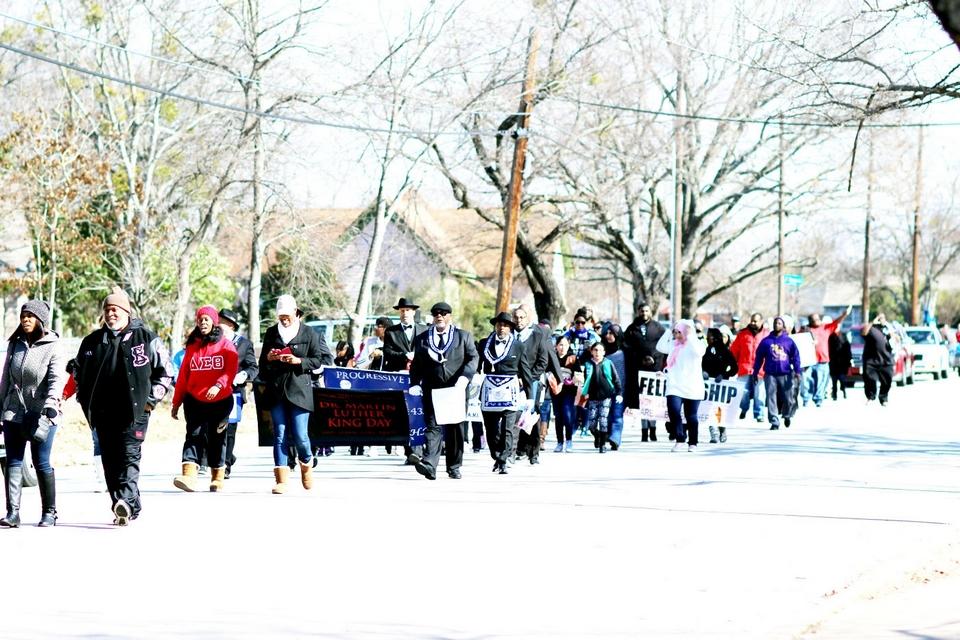 “The King Day Celebration, in my words, would just be about freedom, freedom, freedom, where we’ve been, where we came to and where we’ve got to go,” said Betty Square, president of the NAACP local chapter 6240. “We’ll come together as a community, anybody in the county, anybody outside the county. In song and music and worship and speaking to one another and sharing space with one another, we will just come together to recognize that this is for all of us, it’s for everybody.”

The Red Oak ISD and the United Way of West Ellis County are among the organizations expected to participate in the event.

Robin Fox, a Waxahachie resident who has attended the parade in previous years, believes the celebration of Martin Luther King Jr. and his contributions to the civil rights movement is important.

“I think it needs to be done because its part of history and if you start changing history then you change who we are as a country and that’s not right,” Fox explained. “Things need to be told. Things need to be remembered so we don’t make those mistakes again. You can’t change the past but you can learn from it. I think it’s really important that they keep that and by doing this it’s a good way for the community to join together instead of being divided.”

Reed is said to have been among the many who joined King Jr. in Memphis in 1968 before he was assassinated while campaigning on behalf of the city’s black sanitation workers.

The parade lineup will begin at 11:30 a.m. and the march will proceed at 1 p.m. to the church where refreshments will be served. A voter registration booth will also be present.

In 2018, residents reportedly took to the streets on MLK Jr. Day in a march against racism and inequality. As the Daily Light reported, several organizations, churches and politicians participated in the event.

“Treat others the way you would like to be treated,” Dr. Jamal Rasheed, director of the African American Hall of Fame, told the Daily Light during the parade. “That’s the first step. If you want people to treat you right, you treat them right, and that process begins, and then the dialogue begins.”

A parade was not held last year.

There is no charge to be a part of Monday’s event. For more information, contact the Waxahachie Branch NAACP at 972-937-2077 or .