Waxahachie, TX - Ellis County Commissioners passed a resolution declaring the county a sanctuary city for the unborn.  The commissioners voted 5-0 Tuesday to pass the resolution.

The county has no abortion providers. 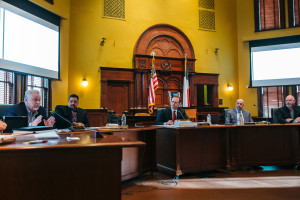 “The resolution urges the citizens of Ellis County to promote and defend the unalienable right to life and the inherent dignity of all human beings, including the preborn, from conception or fertilization through all stages of development,” the county said in a news release.

During the open forum, 15 residents addressed the court all in favor of the resolution, the release stated.