Missing Texas teen could be in serious danger, police say

Her parents say they last heard from their daughter when she texted from school. They believe she was then picked up by a boy she met on Instagram.

The boy told police he dropped church off at a Whataburger in Red Oak, Texas.

Surveillance video showed her a short time later alone at a Walmart.

On Friday, the community held a prayer service, praying for Angelina's safe return.

"It’s the most unexplainable feeling whenever you have no idea where they are,” said Angelina’s mother, Debbie Church. "It's a really scary, sad world out there, and for a 14-year-old that looks older, but yet she's still in a 14-year-old mind, you know, she might not be able to make the right decisions. That's our concern."

Anyone with information on Angelina Church's whereabouts is asked to call police. 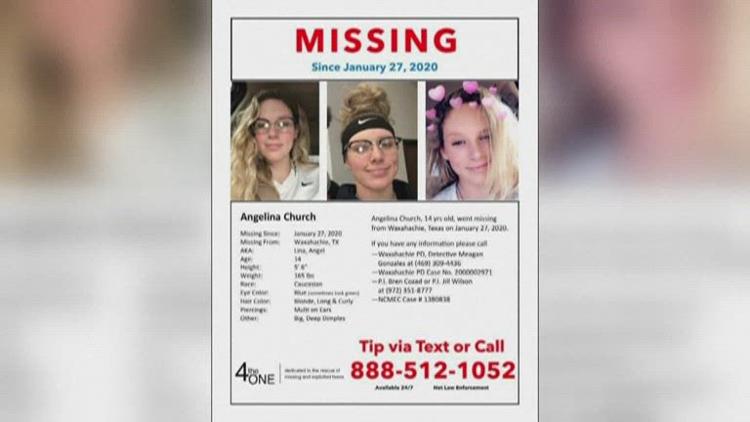 Volunteers have been blanketing the area of Red Oak, Waxahachie and Midlothian in Texas in hopes of finding missing 14-year-old Angelina Church.