Waxahachie, TX - Angelina Church, a 14-year-old from Waxahachie, Texas, is missing and hasn’t been seen since January 27, 2020. She was last seen at a Walmart about 30 minutes south of Dallas, Texas, and she hasn’t logged into her social media accounts since.

Her family is asking for help from anyone who may have any idea where she is. If you have any information about Angelina “Lina” Church, please call 888-512-1052 where you can share anonymous tips. If you see her, please call 911 immediately. Here’s what you need to know about Angelina Church and what we know so far.

1. She Sent Her Parents a Text Before She Left School with a Boy Who Said He Last Saw Her at Whataburger 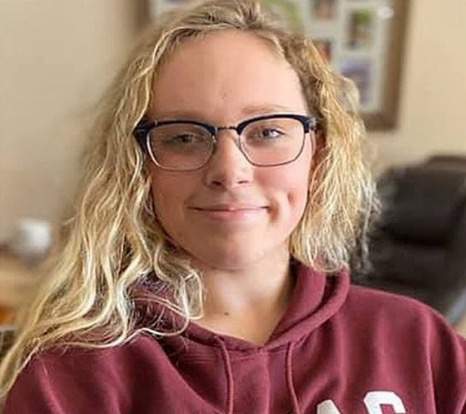 Angelina is a freshman at Waxahachie High School. Her mom, Debbie Church, said that she last heard from Angelina when she sent her mom a text during second period on  Monday morning, January 27, 2020, NBC DFW reported.

Church reportedly left the school between second and third period, which would have been between 11:30 a.m. and 12 p.m. Monday that day. Her parents believe that a boy she met on Instagram picked her up.

That boy (who’s name has not been released) told local police that he last saw Angelina at Whataburger in Red Oak, Texas, NBC DFW reported.

Tequila (Tiki) Liu, a friend of the family, contacted Heavy and pointed us to an article  written by Julie Fidler, another family friend. According to the article, Debbie also spoke with her daughter that Monday on the phone and her daughter told her that she was hanging out with a friend in Waxahachie. Her mother asked where she was so she could pick her up, and Angelina said that her friend would bring her home or take her to school. After they got off the phone, her mother tried to track her Angelina’s cell phone, but the phone was turned off.

2. She Was Last Seen on Surveillance Video at Walmart in Red Oak, Texas after Midnight on Tuesday, January 28 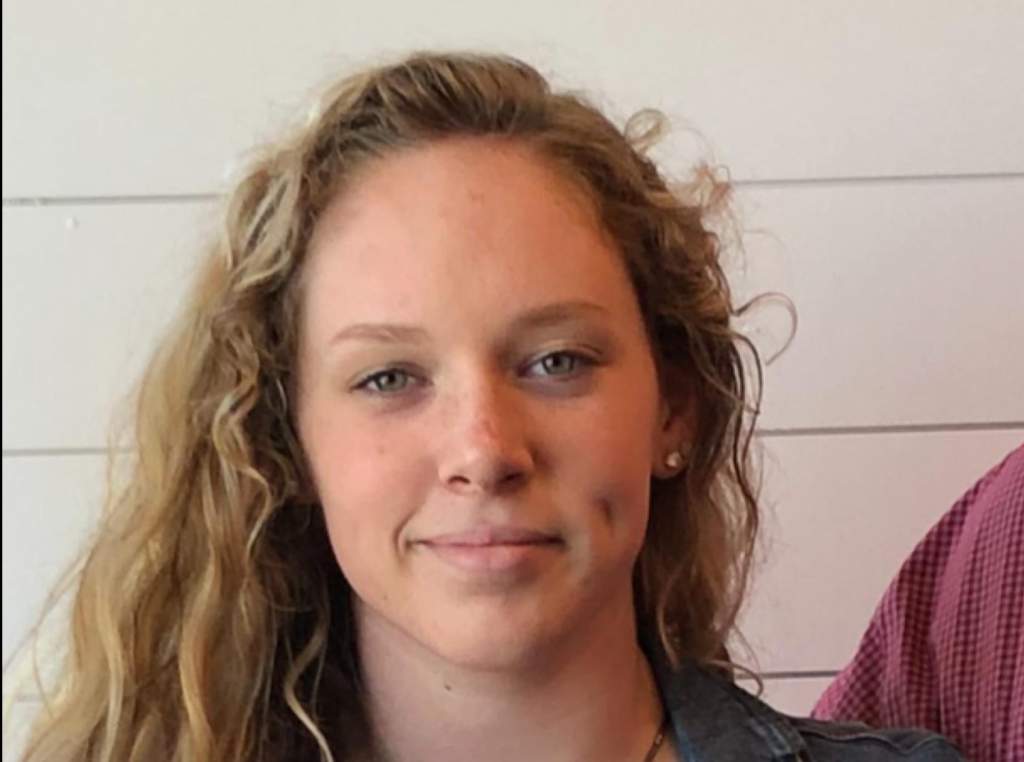 Angelina was last seen on a surveillance video at the Walmart in Red Oak, Texas, across the street from Whataburger, around midnight early Tuesday morning, January 28. (A GoFundMe says she was last seen at 12:45 a.m. that Tuesday.) A confirmed friend of the family said in a discussion post that she was dropped off at Whataburger late Monday night and the surveillance footage was at the Walmart’s entrance, but police have not yet confirmed this. Here’s a map showing where Whataburger and Walmart are located in Red Oak, Texas. 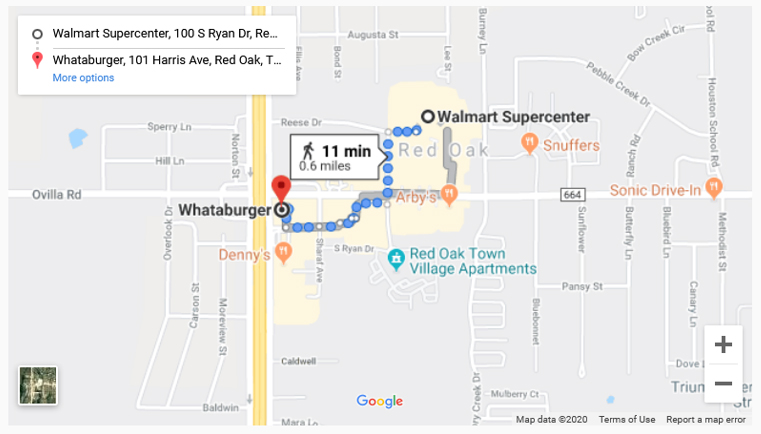 The surveillance video has not yet been released publicly. Tequila (Tiki) Liu, a friend of the family, pointed Heavy to a story written by Julie Fidler which mentions that surveillance confirms that Angelina went to Whataburger, but instead of going inside she walked to Walmart.

Debbie Church told NBC DFW: “It’s the most unexplainable feeling whenever you have no idea where they are. You can’t protect them. You can’t do anything to take care of them. You’re just so helpless, completely.”

3. Angelina Church Was Last Seen Wearing a Black-and-White Hoodie & Black Jeans with Rips in the Front 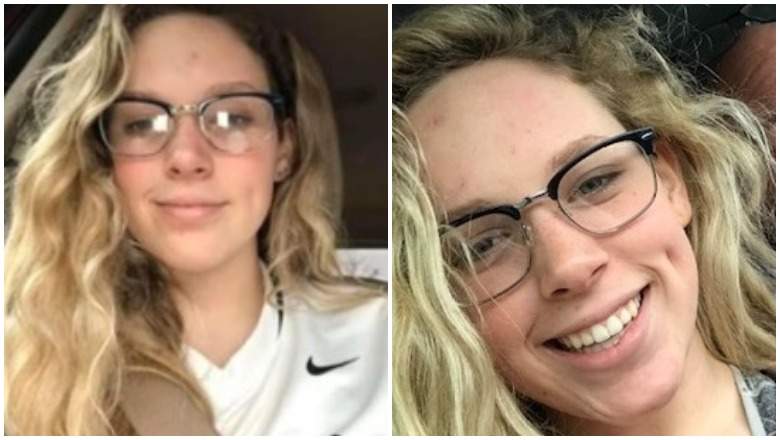 When she was last seen, Angelina was wearing a black-and-white hoodie that had red on the front, black jeans with rips, black framed-glasses, black Converse shoes, and a black backpack.  She’s 5’6″ and 165 pounds with an athletic build, WBAP reported. She has blue-green eyes and long curly blonde hair.

Police are concerned that she could be in serious danger, WPSD reported. Despite rumors circulating a few days earlier that she was found, Angelina has not been located, friends and family reported on social media.

Family friend Kristi Williams Fuller wrote on Facebook Monday night: “She has not been found despite false stories being passed around. People please understand that when false stories are made about Angie being recovered when she hasn’t hurts the family immensely! It also stop people from looking for her. Which is completely unacceptable!”

Her dad shared a missing poster on Facebook and wrote: “Today has been one of the hardest days since our baby girl went missing! Her mother and I desperately want her safe return home to her family and all those that love and miss her!”

4. She Hasn’t Logged Into Any of Her Social Media Accounts & She Doesn’t Have a Car 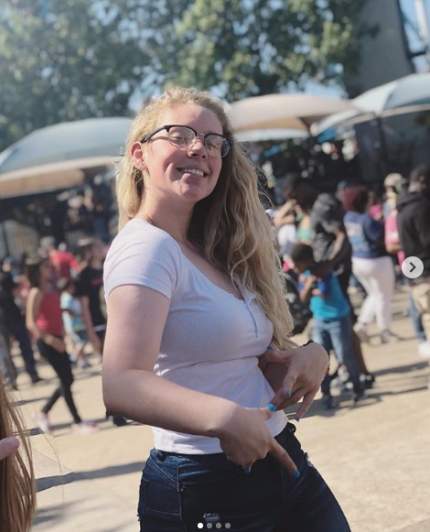 A recent photo shared by Angelina Church when she was at the State Fair of Texas.

Angelina has not logged into any social media accounts or her email accounts since she was last seen, according to a family’s GoFundMe page. She didn’t have a car, extra clothes, and her friends have not heard from her. Her parents are taking off from work to look for their daughter. Her mother is now logging into some of her accounts, including her Instagram, to share information about the search for her daughter.

The GoFundMe notes: “We believe she may be in danger since she has not logging into any social media accounts, or emails since she has been missing, and she hasn’t made contact that we are aware of with and friends or extended family. She did not take extra clothes with her, or a jacket. She didn’t have any financial means and she had no car or communication device.”

5. A GoFundMe Is Raising Money To Help with the Search

Family friend Kristi Williams Fuller has organized a fundraiser to help with costs associated with searching for Angelina. So far, nearly $2,500 h as been raised on the GoFundMe, which is here. 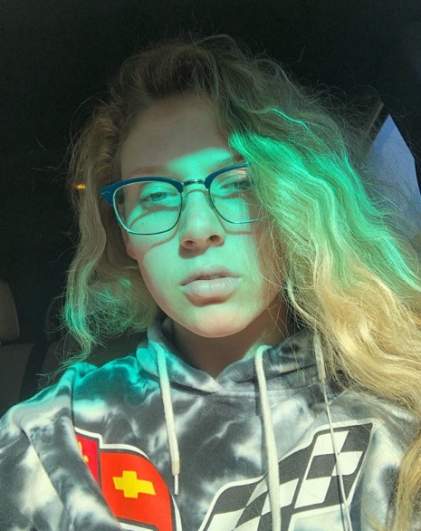 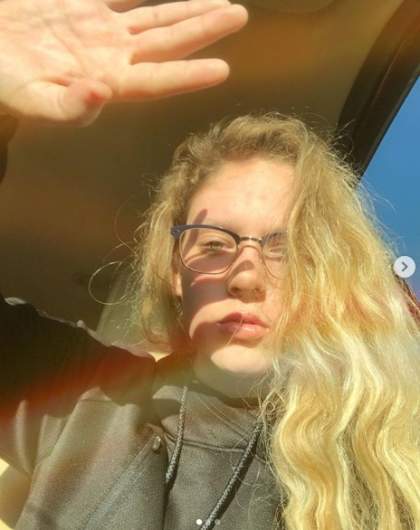 If you have any information, please call 888-512-1052 where you can share anonymous tips. If you see her, please call 911 immediately.

A friend of the family, Tequila (Tiki) Liu, contacted Heavy and asked for anyone who lives in the area to watch their Ring or other camera footage for the day that Church went missing and the days since. People who live in the Waxahachie or Red Oak area are asked to check their doorbell videos or other home videos from 12 p.m. on January 27 until now to see if they see any sign of Church. If you see anything, please send your information to , private investigators who are helping with the case, and also let the police know what you found.