Waxahachie, TX - With every day bringing another worrisome coronavirus statistic, the best news we heard last week came not from the White House nor the CDC, but from a garage in Waxahachie.

A small business owner there named Chris Austin has developed a device that might give doctors a much-needed advantage in treating the disease. 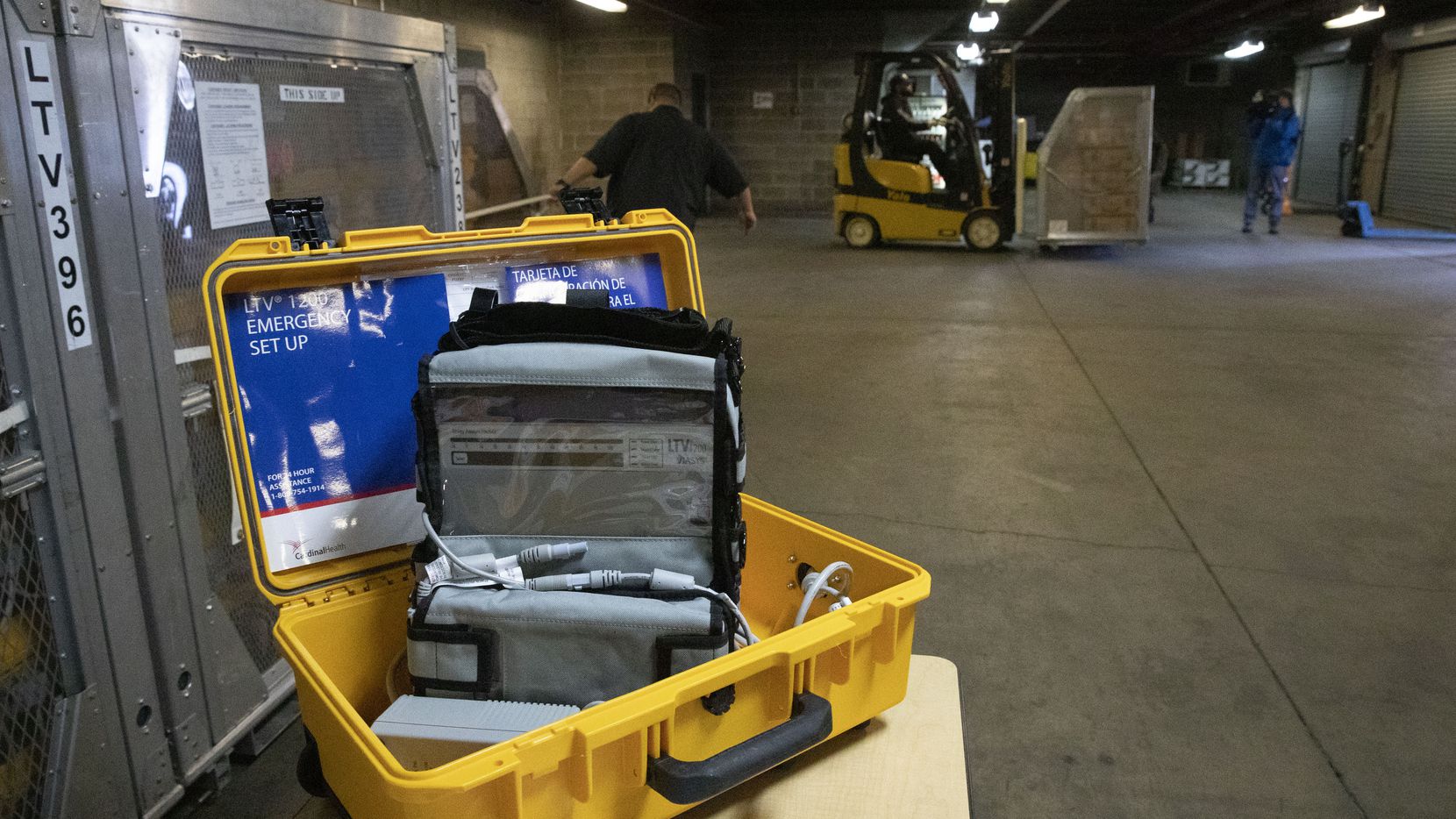 A ventilator is displayed during a news conference, Tuesday, March 24, 2020, at the New York City Emergency Management Warehouse, where 400 ventilators have arrived and will be distributed. Gov. Andrew Cuomo has sounded his most dire warning yet about the coronavirus pandemic on Tuesday, saying the infection rate in New York is accelerating and the state could be two to three weeks away from a crisis. Meanwhile, a small business in Waxahachie is producing a respiratory aid that may help reduce the number of people who need ventilators.(Mark Lennihan)

It’s a soft-plastic helmet that facilitates breathing by delivering oxygen to its wearer. It’s not a ventilator, but rather a less invasive breathing aid that might prevent patients from needing a ventilator. That could be especially useful right now as public health officials worry about shortages of ventilators. Just last week, we met with Dallas County leaders who outlined a necessary but grim system of allocation if the need for ventilators were to outpace their supply. It’s a scenario we want to avoid at all costs, but one that officials say is entirely possible, even likely. According to projections from the New England Journal of Medicine, the number of people needing ventilation could range between 1.4 and 31 patients per ventilator.

Some of the most powerful companies in the world have responded to this need. Manufacturers including Ford and General Motors are retooling assembly lines to produce ventilators. And yet Chris Austin’s mom-and-pop company called Sea-Long, which operates in Austin’s garage south of Dallas, has come through with a potential solution that doctors believe could save lives.

The helmet isn’t new. Sea-Long developed the design and started working with ICU doctors at the University of Chicago Medical Center four years ago. Dr. Bhakti Patel led a study there in 2016 comparing the helmet against an oxygen mask for a group of 83 patients with acute respiratory distress. Patients with the helmet required ventilation 18.2% of the time, compared to 61.5% for the masks, and had a better 90-day survival rate, according to her report published in the Journal of the American Medical Association. The helmet is the only device of its kind that meets FDA requirements. Last week, Patel’s team used the helmet on one coronavirus patient and has gotten encouraging results.

Now, Sea-Long is getting a flood of orders from hospitals across the U.S. as well as Canada, Mexico, Italy and the United Arab Emirates. At current capacity, the company can produce 1,000 helmets per week. Austin has shifts working round the clock, and he’s adding workers, some of them volunteers, as quickly as possible. A donation he received last week will allow him to buy new machines and produce as many as 5,000 per week. By contrast, four of the nation’s leading manufacturers of ventilators have agreed to increase production by 50%, which will produce 50,000 new units this year.

We don’t yet know whether Austin’s helmet will play a major role in the fight against the coronavirus. We know that there are promising signs. But the story is worth highlighting because it is a reminder of something important about our country and the nature of free enterprise. A man and his family, with a small staff, working out of a garage in Waxahachie, are producing a product that could make a difference in the life and death of people around the world.

How many other American garages are humming right now with activity? How many other Americans are imagining and building something now that can help? This spirit extends from small shops like Austin’s to massive corporations retooling their manufacturing floors in ways they never anticipated. A free economy that unleashes the human spirit of innovation will answer this crisis.

There’s another piece to this. Despite the dramatic surge in demand for his product, Chris Austin isn’t changing his price. The helmets cost the same today as they did before the global pandemic: $162, a fraction of the cost of a ventilator. And Austin has announced that he’s willing to share his design for free with any manufacturer who can produce the device.

That’s part of the American spirit too — the coupling of entrepreneurship and a deep, abiding decency that seeks to serve others.

This is a story of good people given the freedom to act and putting their skills to work for the good of others. Patel said it best: “This is the classic sort of American story. It’s the little engine that could.”